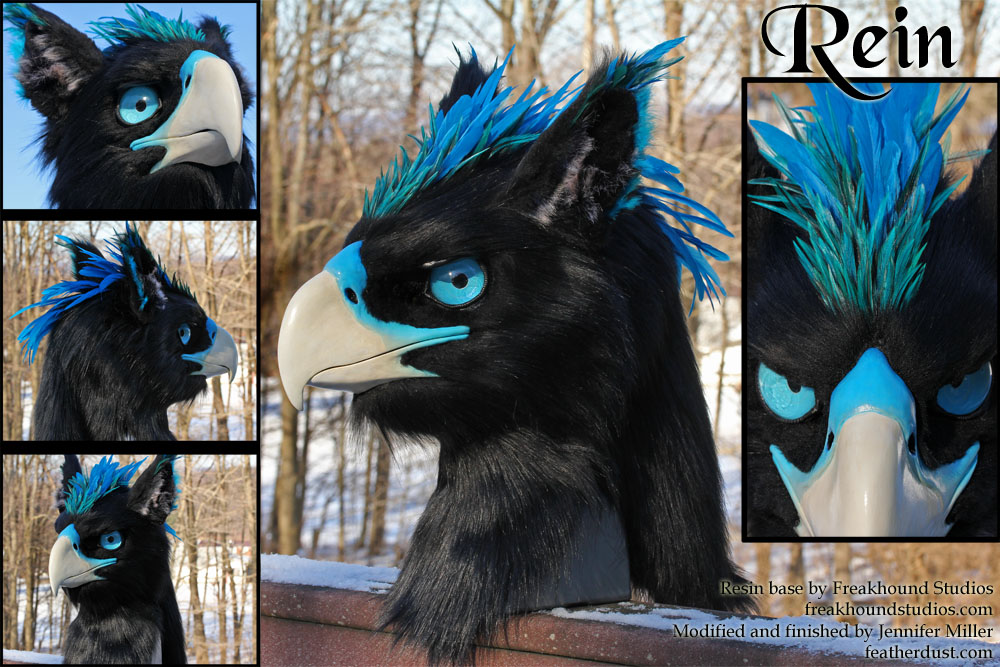 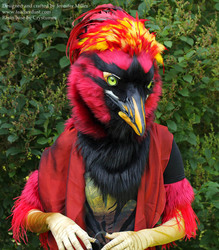 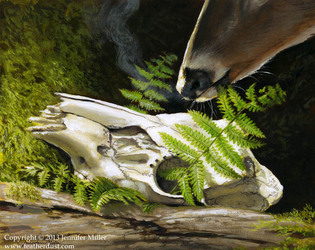 A commissioned mask for Rein of his gryphon!

As I cannot cast resin in my current situation, this was built on a blank crafted by the talented yellow-fr3ak (Freakhound Studios). I love this chunky eagle face and it works particularly well for some gryphon characters, I think!!

I made some minor modifications to the blank, including re-sculpting (mostly around the beak, nares, and birdlips). The eyes are hand painted resin half-spheres. I had some issues with my airbrush, so the painting is done by hand. Furred, and approximately 300-350 feathers were each trimmed and set individually by hand. Very tedious, but rewarding!

Not shown: Blue silicone tongue (I'll try to get some shots of someone wearing it later!).