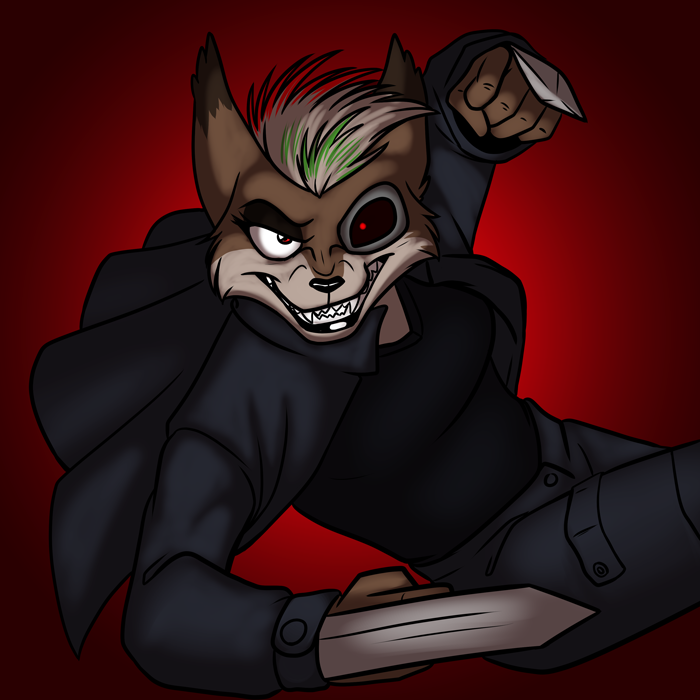 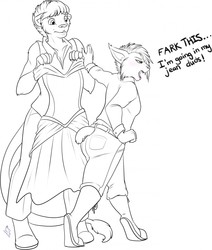 Personal name given to self: Lesser

Personal Quote:
“I am less than you, only deadly!”

Meaning: ‘Less’ refers to Anti-Lynx being mostly synthetic, even more so than Evay with less organics

Outward Appearance: brown and tan lynx. Left cyber-eye has a red retina with similar chrome-steel rim around the eye, darker lips and red and green streaks in the hair.

Personality: When her personality program is installed, Anti-Lynx names herself philosophically as Lesser. Lesser is colder and more calculative than Cyber-Lynx, though when exploring the depths of who she is, does become fascinated with learning about the world around her. If Lesser gives herself a goal, she will do whatever she wants to achieve it.

Lesser’s personality chip makes her spontaneous and certainly carefree. Programming subroutines such as not attacking civilian populace keeps her morality issues in check… though if Lesser wants to experiment...will find ways to do so around her programming.

– Though possess an encyclopaedic knowledge of the furson anatomy, does become fascinated with how things work and may carry out her own experiments to learn firsthand, even if it gets messy.

– If she likes something that somebody has, like an earring…she may just cut off the ear just to examine the jewellery close up

Personal quote: “It’s amazing how floppy these things are…that’s cartilage for you…you want this back?”

– Lesser’s fur and hair, down to the individual follicle, can change colour.
This is used for urban camouflage, blending in as a random lynx/bob cat or impersonating her target the Cyber-Lynx for infiltration into her circle of friends. Additionally, Lesser enjoys this ability to put streaks in through her hair.

Jet propulsion: Similar to Evays but there are plans to upgrade her chassis to include more ports for greater propulsion

– Lesser’s laser can be finetuned to burn tiny holes with a very thin, super heated beam of energy

– Can fire small rubber balls like a buckshot out the palm of her hand, used more so for dispersing a crowd of civilian targets

HOLY FARK BEANS IS THIS CHARACTER SCARY! I think I peed a little!
This great piece was drawn by   foxenawolf

So what do you guys think? I think I will be sleeping with the lights on.