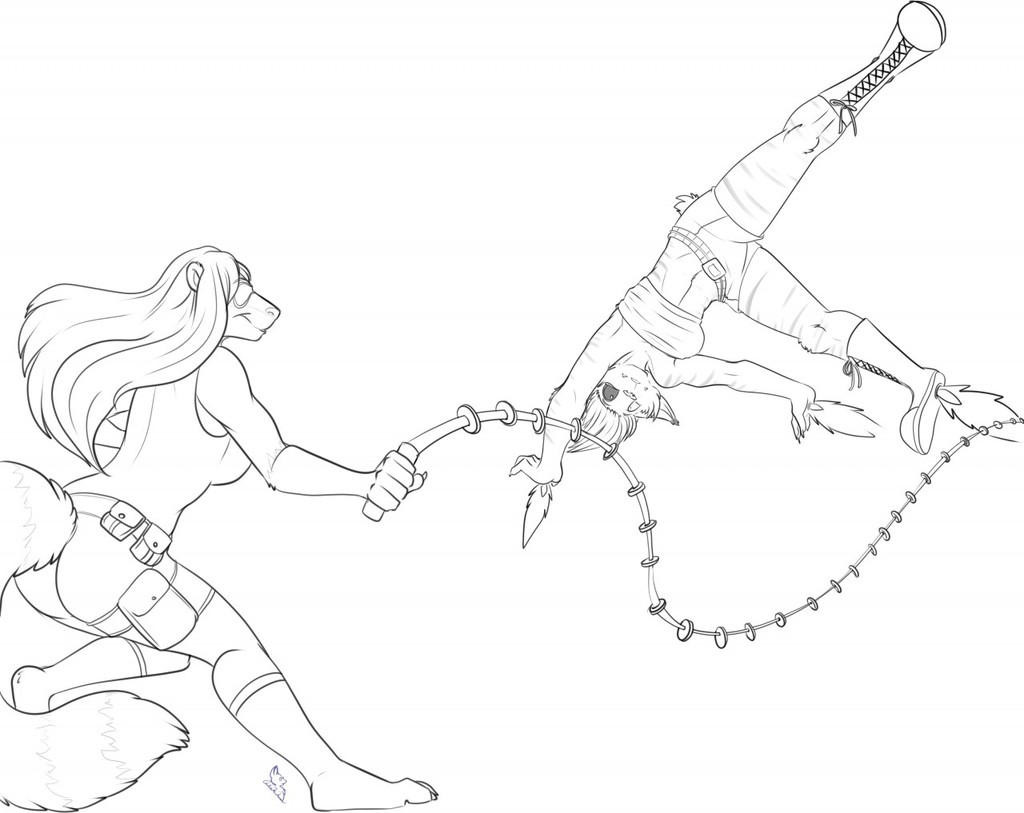 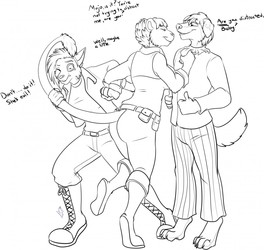 Brandishing her whip, the Ring-tailed Wander lashed out at the Cyber-Lynx who had first thought herself faster at a glancing look than Miracle’s skills with a weapon. The lynx rolled to the left and in the middle of her dive, kept herself stabilized with one hand while the ports in her right hand and foot fired her jet propulsion, taking her over the whip.

Evay landed but kept momentum going, traversing the gym floor with her propulsion method, executing rolls, dives, doges and cartwheels but given Miracle’s super-sensing abilities, it seemed Miracle was good at predicting Evay’s points of touchdown.

As the whip glanced off her body, it wasn’t the pain that Evay thought of, given her subcutaneous metal skin, she’d deflect almost anything…it was the fact she was being hit in the first place. No matter how much Miracle was both in age and experience at her heroine duties, she was more capable than Evay let herself believe and smiling coyly, delighted in the fact she didn’t had to go easy.

“J-Prel?” asked Miracle with a raised eyebrow and tilted head.

“It’s my very own fighting technique with the use of my jets.”

“So you want to throw a punch only to have your hand fly back and slap some sense into you that the idea is a little silly, teased Miracle as she giggled.

The Cyber-Lynx dived forward and tucked onto a roll with a burst of speed from the bottom of her feet-jets. The whip lashed out over her head as Evay pounced with full force but had only managed to grab for a leg as Miracle evaded. Evay held up Miracl’s foot, grabbing the heroine’s attention.

“It’s a work in progress,” Evay added as she hovered off the floor taking Miracle with her.

The Cyber-Lynx span as if on an axis with her feet-jets aimed slightly outwards and one turned to the left for the spin effect. Both hands were on the raccoon’s feet and Miracle was screaming in either joy or terror, (Evay couldn’t figure it out), and tossed the raccoon across the gym floor onto the soft blue gym mats.

Dazed but nowhere near defeat, Miracle turned her tumble into roll that had her back on her feet shortly after contact back down on the ground. Turning her whip back into her staff, she waited for Evay. “Round 2?”