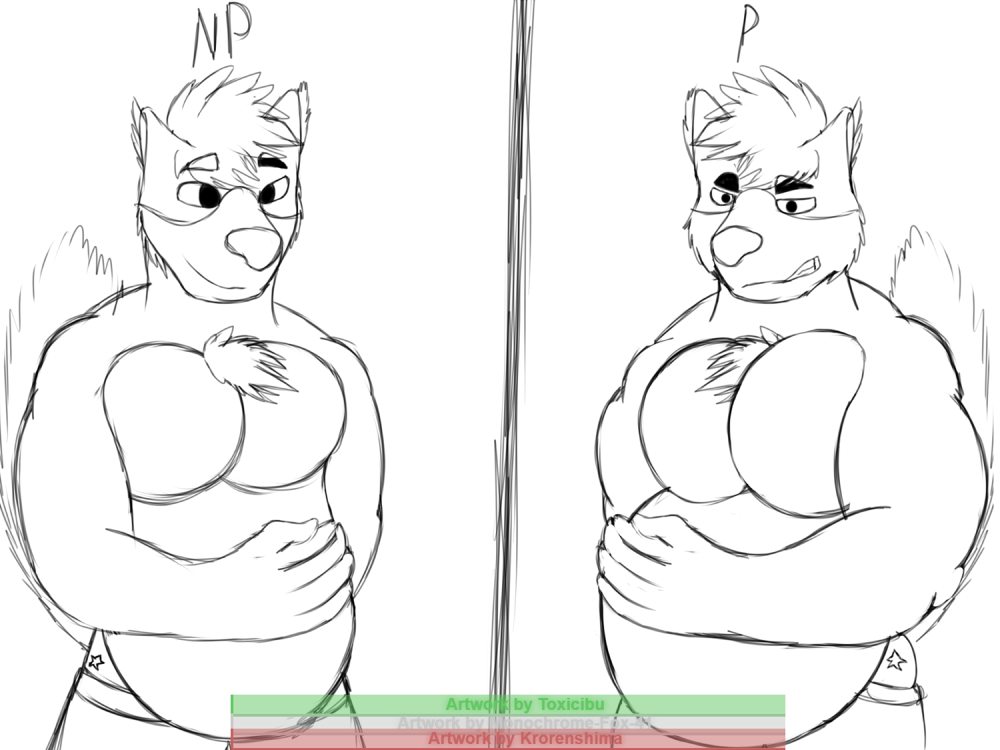 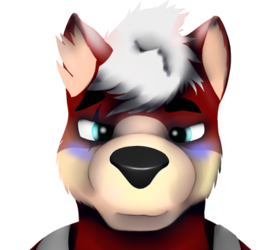 Soo I decided to add a lil something to Bear which I may make my 4th fursona in which Bear will puff when he gets
angry.
Basically his chest, belly, muscles, well almost his whole body will puff slightly.

Making him look bigger in size and strength, which does do that exact thing. It makes him bigger and stronger but this is only to give anyone around to see what happens to not mess with him.
The instant he becomes angry the instant he puffs. He only puff's one time and then after calming down. His body won't return so he has to either fart or burp in order to return his body to normal but if you're around him then you can force the air out of him by pushing on his stomach while he's in a leaning position or dog position. Not in the sexual way just in the normal way.

And so when he's in either positions you then have to push on his stomach as hard as you can to force the air out of him.
So yeee hope you like this little quick sketch I made, and if you can give some feedback or constructive criticism. I'd really like to hear some because
I've been depending only on myself for my criticism for the whole time I've been doing art.
Never got feedback really so if you can I'd really appreciate it so seeya in leh next painting ^w^/
And should I make Bear my 4th fursona? Leave a comment or go vote on Strawpoll