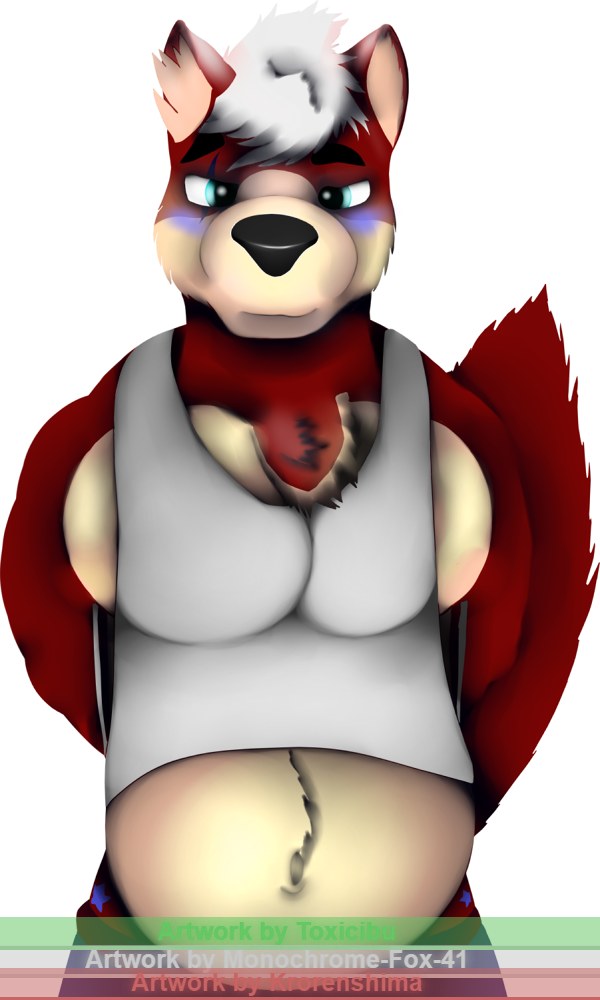 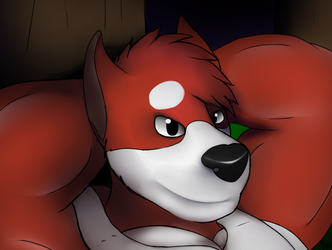 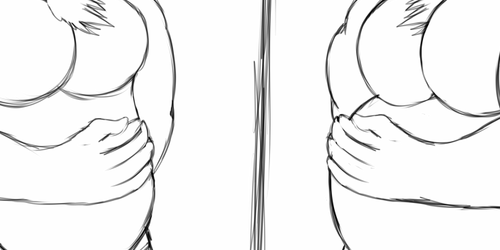 This character's name is Bear, he's not a literal bear he's just a big wolf. A wolf who could do allot of things. He's bigger then all bears and also stronger. But he doesn't really seem like it now does he? Well that's alright

Anyways he weighs exactly in 400 pounds. His fat alone adds 200, his bones add 100 because he was born with more bone strength than normal. As well
As muscle mass, whenever someone used to make fun of him for having small stars on his hips he used to swallow them whole

And so that's what gave him the belly. Other than that he's a big lovable wolf if you don't make him mad. So hope u like him sorry if there's allot of white space and some unshaded parts. But I was in a hurry.

So for now I hope you like it and if you could then please give me constructive criticism. I'd really love to get some feedback other than faves. So baaai till I update it