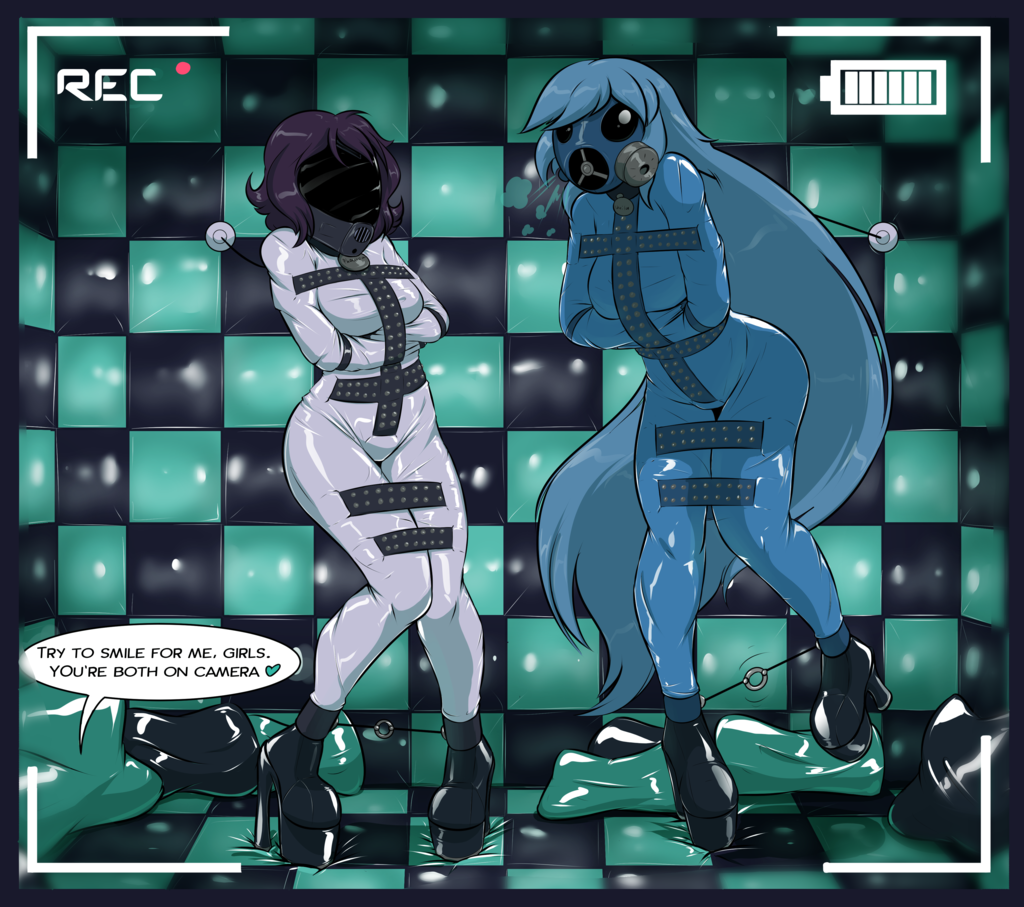 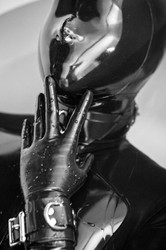 Sheila wasn't too happy to see Phantom at Lizzie's pop-up spa, and politely asked if she could get a private room - it would just be too awkward to see a friend at what was supposed to a very private day-spa.
Meanwhile, Phantom was asking for a private room - not out of a desire to avoid awkwardness, but merely a desire to have as luxurious an accomodation that could be had.

Lizzie gave them both what they want, and also neither! Trapped in snug rubber outfits - sealed inside with a few dabs of sealing rubber cement to keep the outfits on - and then strapped up in a thick harness of studded leather belts. Yes indeed, they were going to be quite properly restrained.

And yet, they weren't truly isolated, and were busy moaning, groaning, and trading epithets at Lizzie. And easy fix was a pair of heavy, isolating gas masks that reduced their vision, hearing, and made sure their breathing was just restrictive and rubbery enough that they wouldn't be able to worry about silly things like "the outside world"...

...or the fact that every moment of their shiny, squeaky, squirming struggles was being broadcast for paying viewers!

Always wanted to be drawn by @HelixJack and was happy to jump on this commission chance with @LukePwner . HJ has such a fun, kinetic style and a real talent for drawing "thick" and fun latex!