Queen of Ice by MissMonie 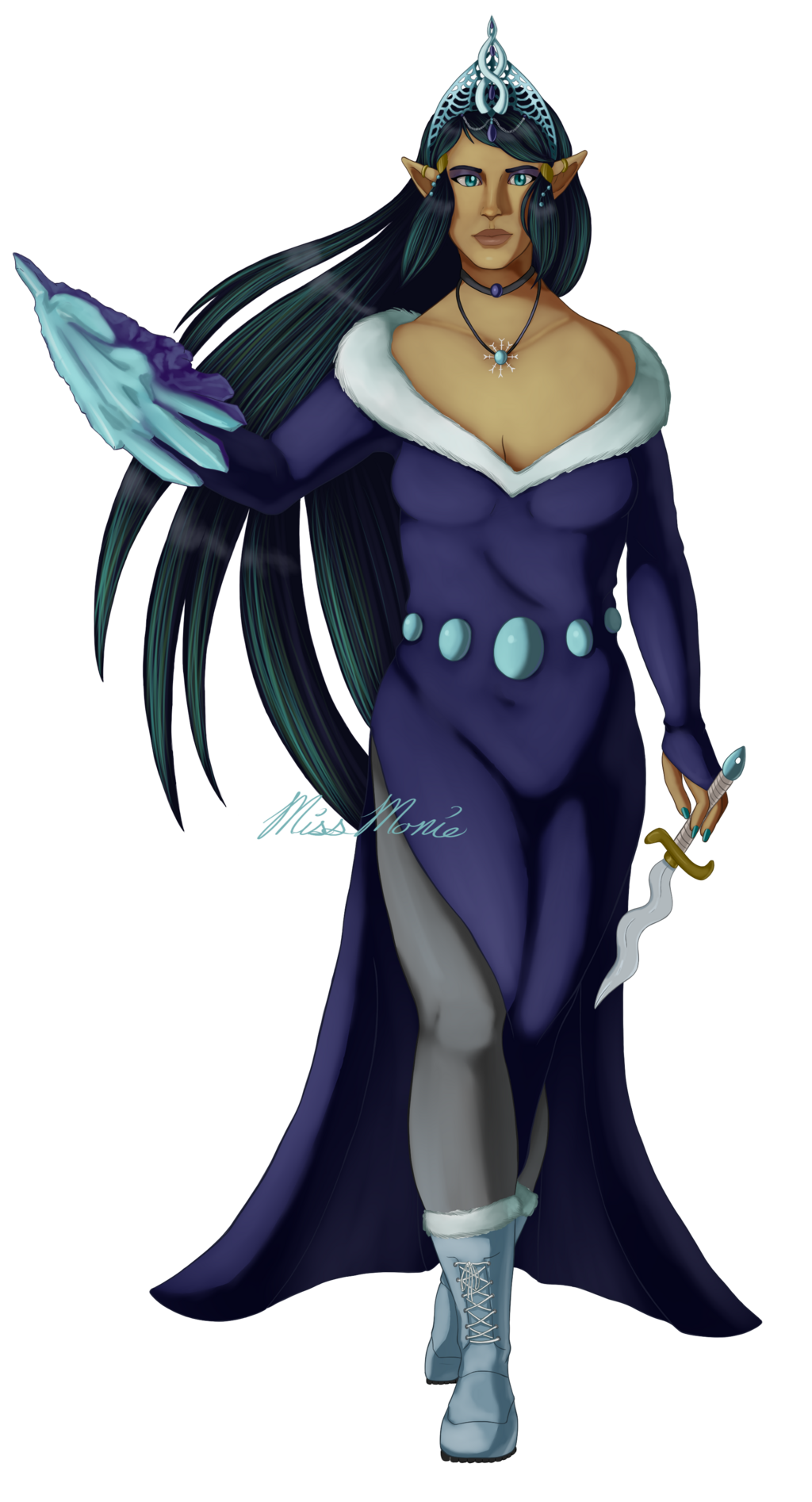 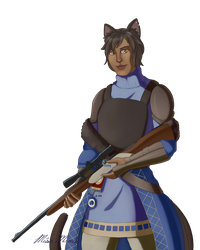 The full image from my Draw This Again post: Monifa the queen of ice. This one took about 25 hours and thirty-five minutes total time to complete. It's mainly do to a few redraws I had to do. I redrew the crown three times, redrew both the face and hair (the bangs SEVERAL times), and ended up repainting the hunk of ice a about three or four times before I was honestly satisfied. I do like her crown, but I need to meld the two shapes better. So maybe more queen Monie attire in the future.

Originally, I wanted her to be carrying one of her sickle blades, but I never could get it to shape right, so we went with a dagger instead. Spade did a drawing of Monifa and her Kaeko last year of Monifa in a different kind of dress and high heel boots. I told her I imagine that's more of her celebration dresses and this is one of her more common kinds. I've drawn her in the dark blue a handful of times over the years honestly.

I'm pretty proud of this, and I have some of the original concepts of other characters that I may redraw in the future. Maybe, if my dumb brain remembers, I'll make that my April thing. Redraw a thing from years back.

Monifa belongs to me
25h35m in painttoolsai