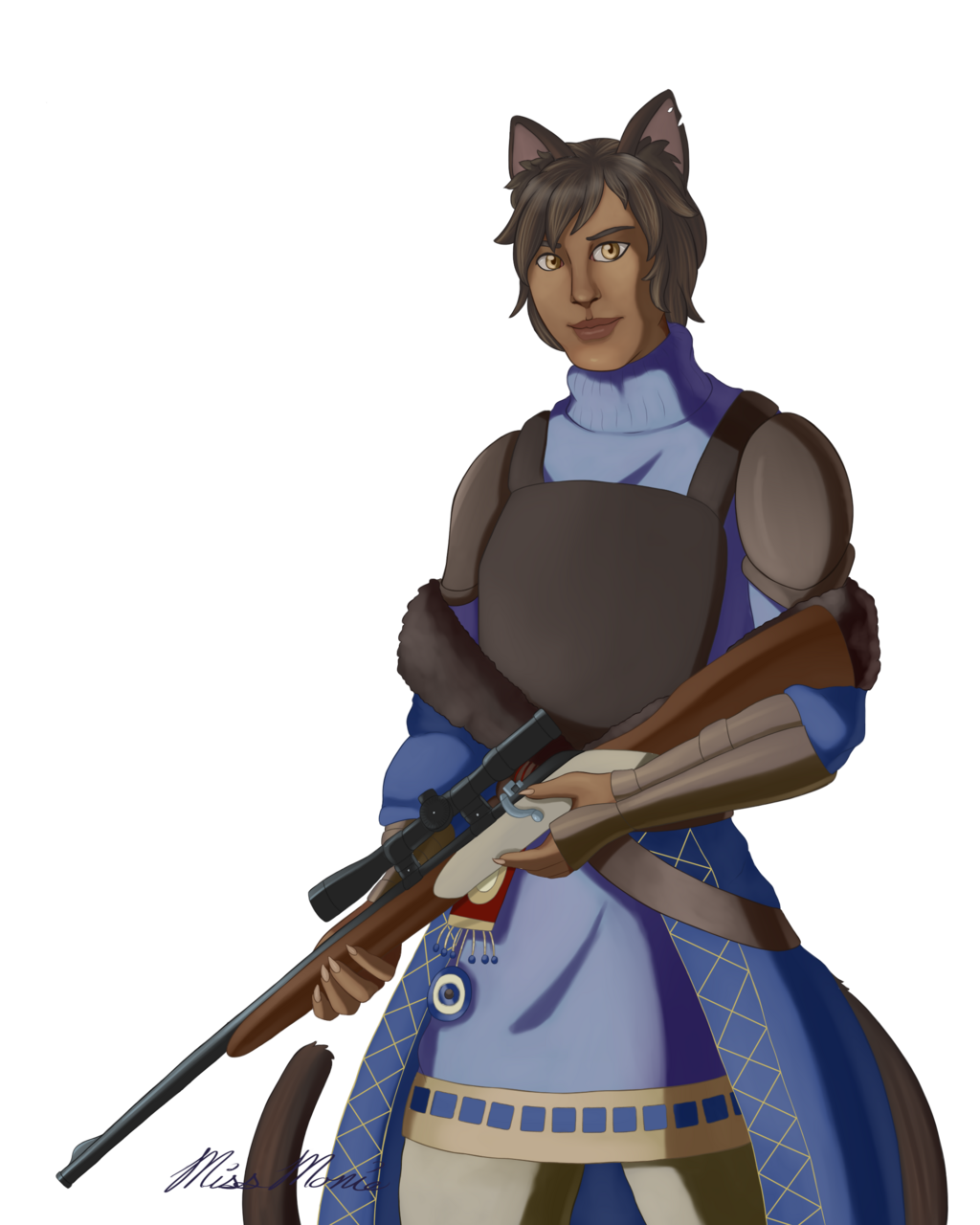 This is one of :iconrococospade: 's OCs by the name of Dirk. I wish I had something clever to put in this spot right here, but it's actually after midnight while I type this currently. (I schedule posts on sites)

Dirk is probably in the top five of my faves of Spade's characters. Mai is forever and will always be my bae, though. But Dirk! Dirk is a badass in all meaning of the word. The costume here is their Behemoth outfit which is what Dirk dons when doing mercenary work. I'm pretty sure Dirk's the only reason my mercenary character Dameon ever learned to properly shoot guns and the joys of kevlar vests. Dirk also probably has a pretty big hand in why Dameon's still alive.

This was also the first time I drew a hunting rifle. Google kept trying to say I was stupid and didn't know the difference between a rifle and a shotgun. I'll have you know, Google, I grew up in the land of rednecks. I know that much. Not much beyond, but I know the difference.

Dirk belongs to Spade, go shower her with love because she's awesome.
Art is mine

took about sixteen hours and forty minutes in painttoolsai