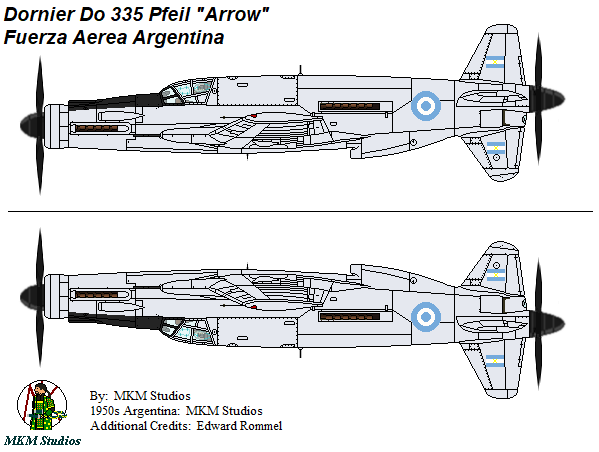 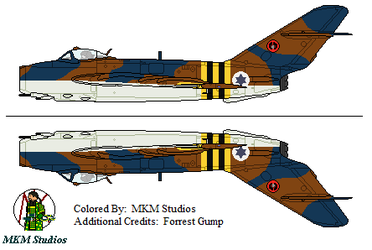 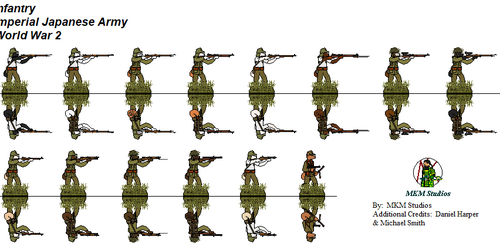 With the arrival of former German & Italian scientists & pilots from war-torn Europe to Argentina, their influence allowed Juan Peron's administration to overhaul their armed forces, especially the Fuerza Aerea Argentina. From a brief period of piston-engine fighters to the 1st operational jets in South America, trained and led by the German-Italian Condor Legion. Moving the nation into a new superpower in the southern hemisphere, Peron was able to remain in control by the loyalty of the Legion; even into a conflict to unite his people against a common foe, in the First Malvinas/Falklands War.

The Dornier Do 335 Pfeil, was the first mass-produced fighter aircraft for the Fuerza Aerea Argentina, turning away prior offers of Fiat G.55 fighters from Italy. These became the FAA's favorite fighter even into the jet age.