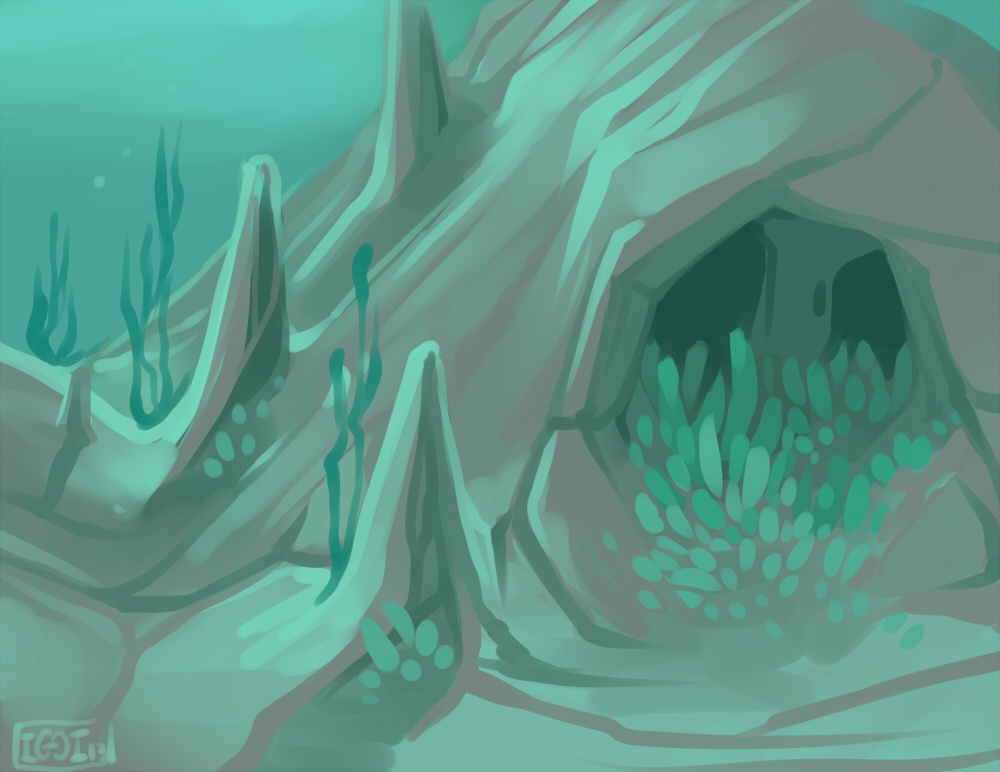 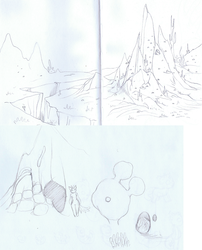 An outside illustration of a Mirromy home. This home is partially naturally occurring mound combined with Mirromy digging to create rooms. Mirromy also cultivate a low-light level nubby grass/seaweed (yet to be named) that they use as bedding and carpeting in their homes.

It feeds off of minerals in the water, as well as excess Mirromy skin particles, and food scraps that is mutually beneficial. The plant rubs back and forth slowly when a Mirromy rests on it to rub off extra skin as well as give the Mirromy a light massage.

Not all Mirromy homes are like this, this is just one of the more common types.