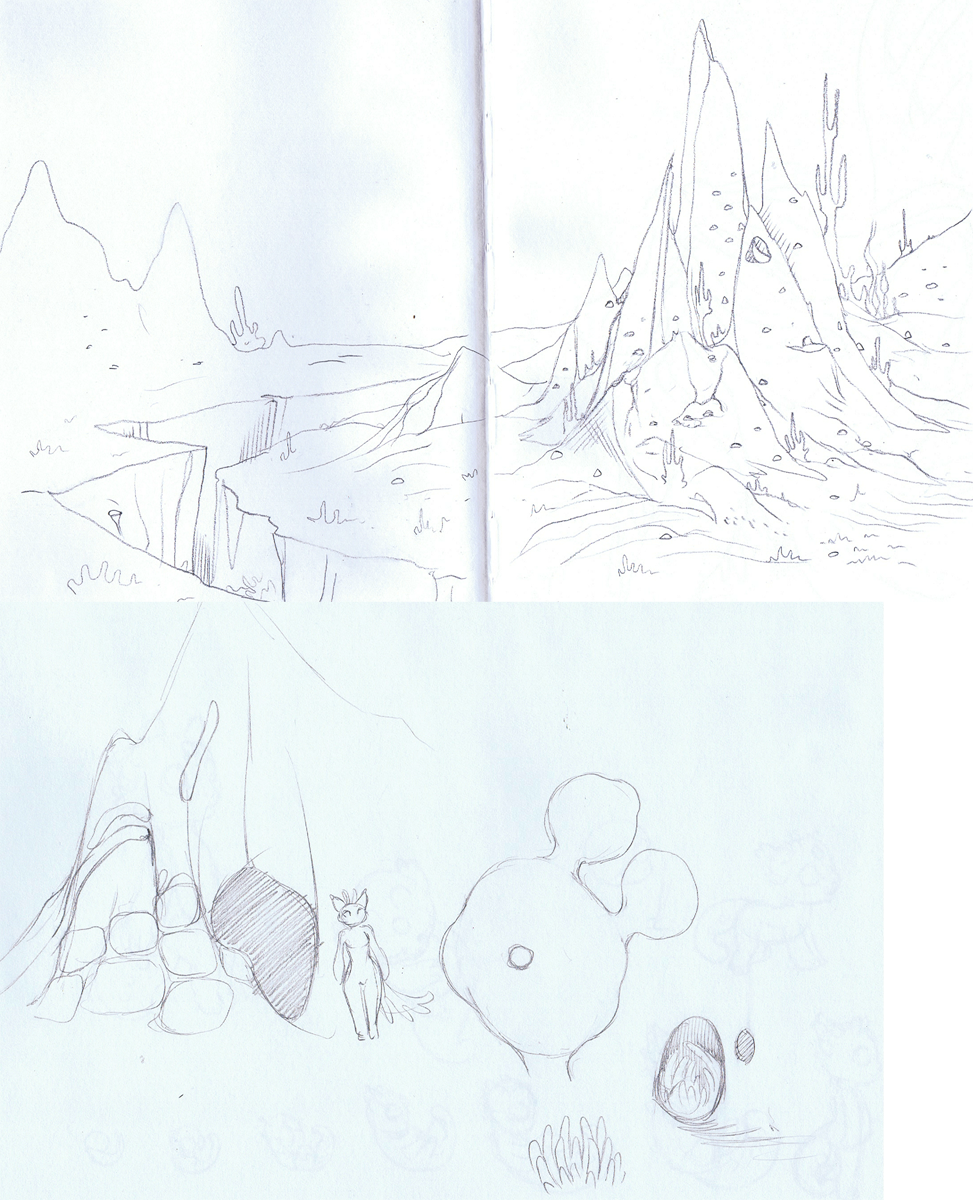 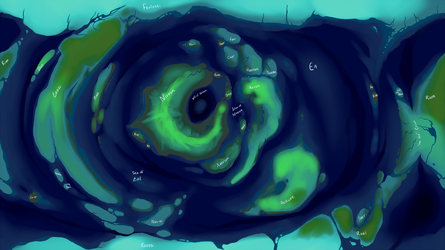 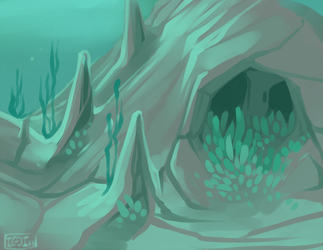 Here is a picture of a Reef Mirromy colony (top right). I removed many of the plants that would be there naturally to make it easier to see. The little ovals are entrances to homes on the structure.

The structures is a type of fast growing coral that over time the Mirromy shape into what they like for homes by placing boulders and rocks on it to encourage the coral to grow on it. Many times pieces from smaller Mirromy (Mirromy that areas old) bring out for other Mirromy to graft where they need, thus giving the smaller Mirromy room to grow. (as they grow larger with age)

This type of coral is the primary building material for all aquatic Mirromy homes. It comes in a wide array of colors, though primarily off-white. Like Mirromy, the minerals in the local water change the color of it.

Bottom Left is an example of coral being grafted on a home to create a doorway.

Bottom right is an example floor plan of the average Mirromy home.