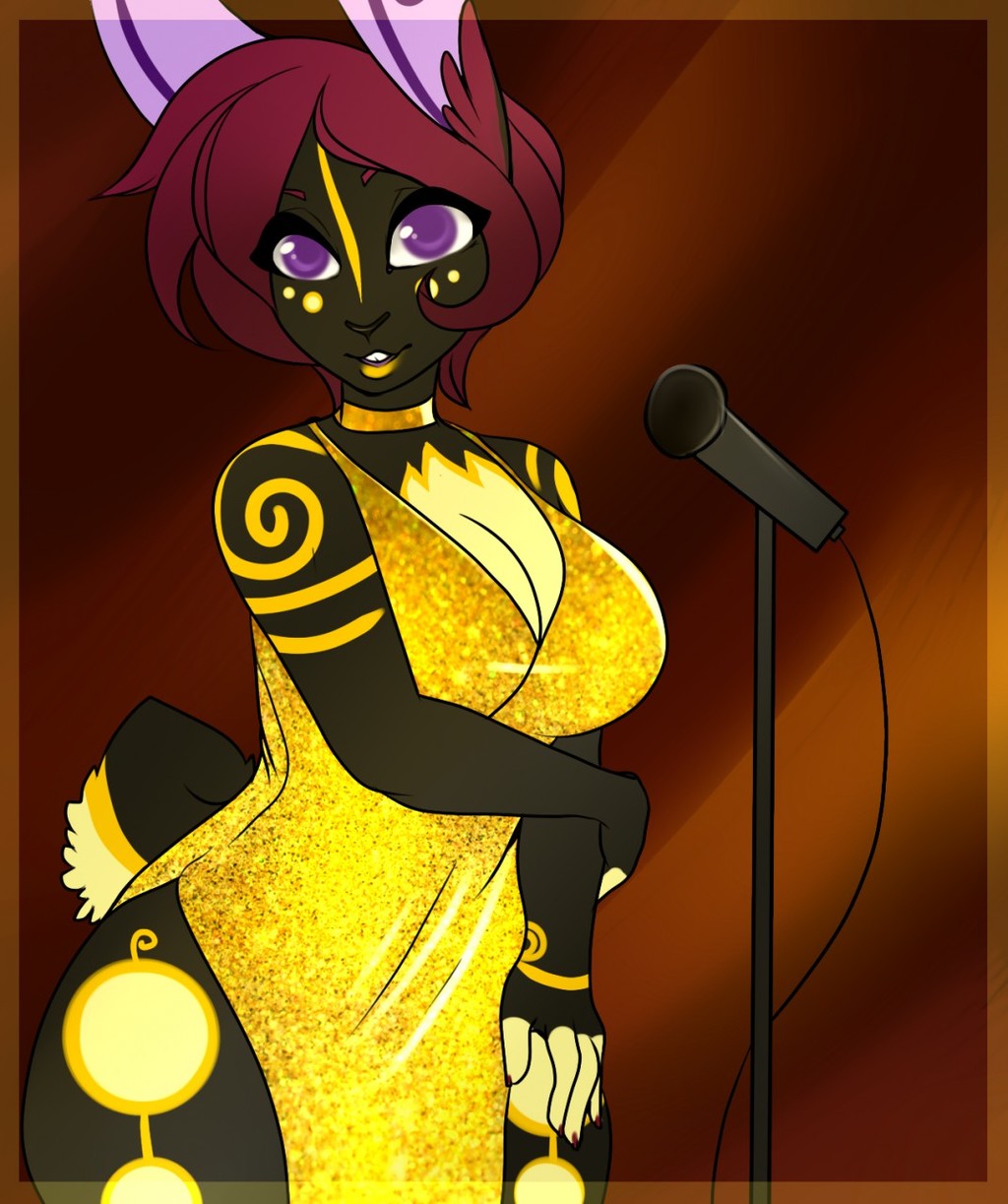 òrbhuì was up on Stage and giving signing a try at the Amateur Lounge Singer event held by one of the more high class local bars. She wasn't used to wearing clothing that was not almost ninety percent see-through but she was well practiced at signing and thought she might give it a try. When her turn came around the lights dimmed a little and the music began to play softly and slowly at first, her voice chiming in quietly but when the music and tempo kicked up her voice was loud and clear in time with the band playing next to the stage.