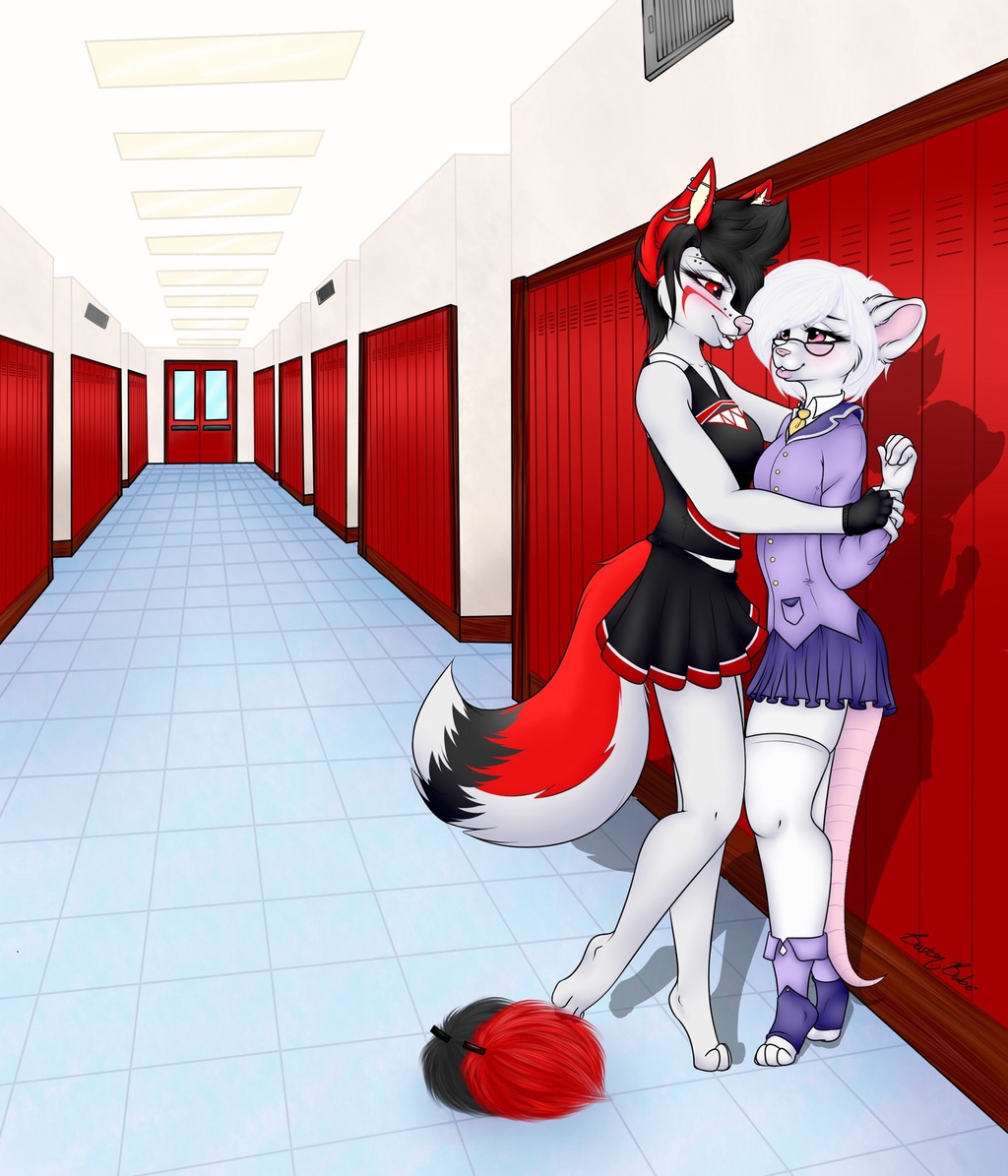 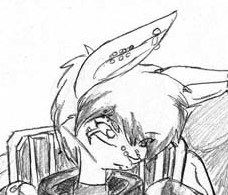 Sometimes when entering a new group a little bit of hazing is involved with it as part of an initiation into that group. FM had tried out for the cheer-leading squad the year before and was not chose to be part of it. This year she had improved her try out routine and had managed to score a spot on the backup squad which was fine with her because really she just wanted to wear the uniform on game days. Each of the new girls had a different initiation before they were considered accepted and FM's was to kiss not only another girl but the nerdy little mouse girl Deej that was at the school. The thing with that is when FM approached Deej and explained it to her in hushed tones they staged it so the other members of the squad could witness it. However they both got a little too into the kiss so it ended up being less a light peck on the lips and more a slow smooch that left both girls blushing at the end of it.

This was actually a lot of fun to commission, I had a lot of fun coming up with the ideas and details for the picture. Had to hunt down clothing references and such but was able to find pretty close to what I was envisioning. That is quite a bit of empty hallway though, I must admit.

Deej is owned by

deejvalen
FM is owned by me