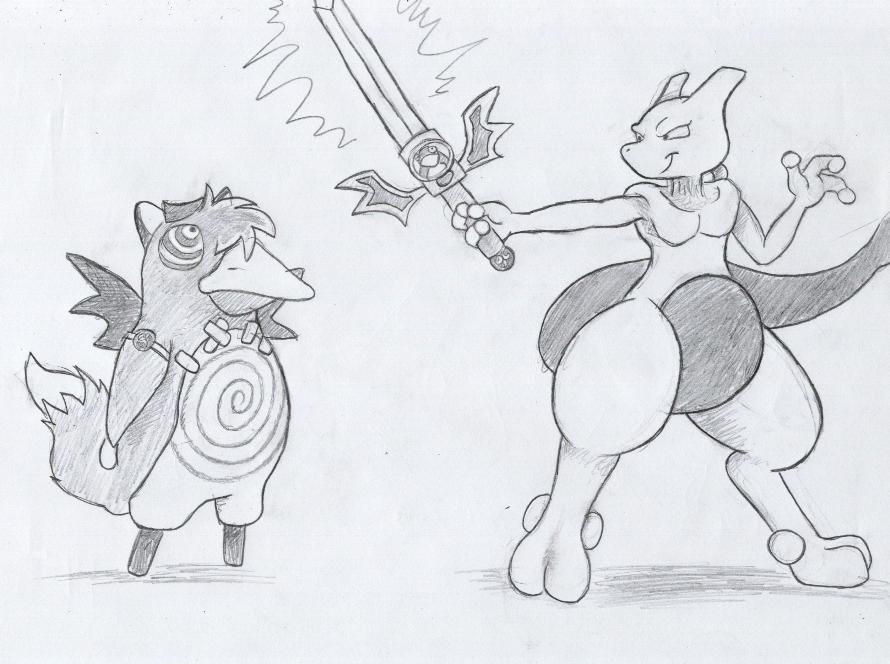 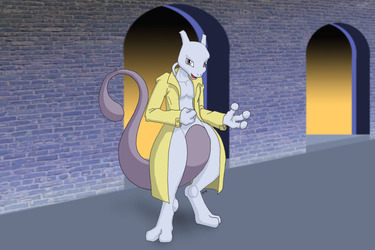 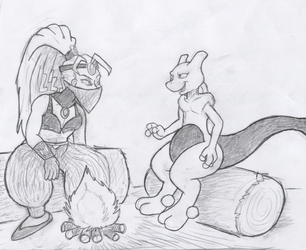 TBFM pumped out some more great artwork for me to further along our massive commission series!

I've been watching talisment do lots of hypnosis/control art for some time...admittedly, I mainly started doing so once Lucario got mind-controlled in one of his works. However, that isn't to say it's all been rainbows and sunshine.

The inevitable happened; he ended up doing one where Mewtwo got prinny'd (although one was done of Lucario as one as well -- that one actually went up first.) http://www.furaffinity.net/view/2350964/

Since I knew nothing of the Prinny species, I went and wiki'd it, and saw that it was a rather demeaning thing to be one as far as the game canon is concerned. Hence me showing my version of events, had Mewtwo fended off the Prinny ball thrown at him, and decided to take control of the one behind it!

(NOTE: Talisment did give me permission to use his character and his Prinny Sword. I talked this over with him beforehand. He told me he would have actually been willing to do this picture himself, but I felt it would have been odd to ask him to "counter" his OWN art. Hence the commission.)