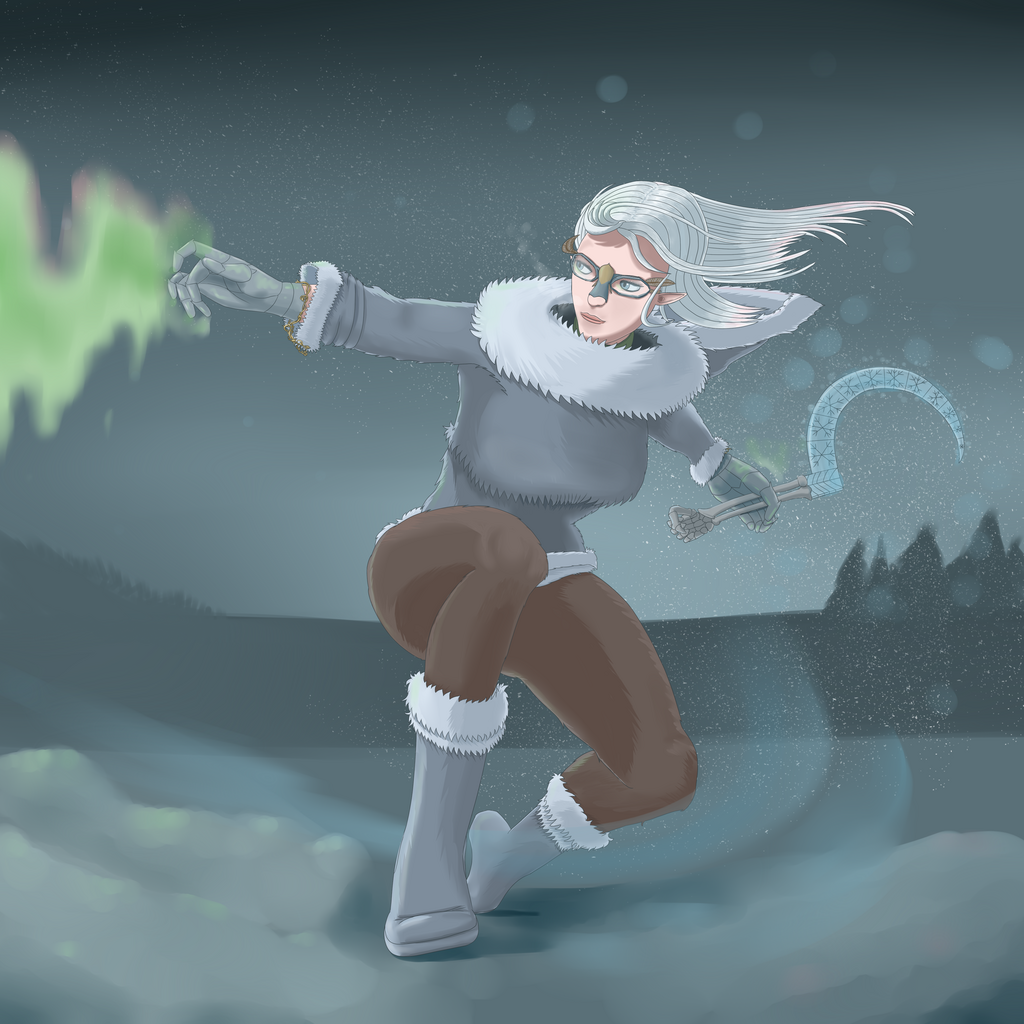 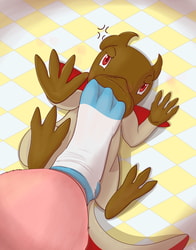 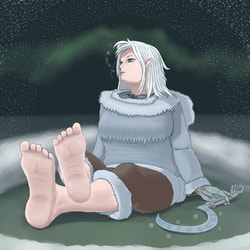 This is a cross-post of the campaign art I had made along the way. I have and likely will make more for future campaigns. It's been an interesting and inspiring creative experience. The role-playing and the tactical "unknown" that are the dice-rolls have made for exciting improvisational narrative.

A child of the winter spirits, as are the rest of her tribe of "Small Yeti." Snowy white hair, pale tones, always has a faraway look. Quite naive and silly and easily tricked (Sense Motive = 0), but wants to do good above all. Tends to stare at horizons, a daydreamer and an adventurer at heart. Desires to see the lands of the southern horizon, where the lilacs grow...
She wields the sickle known as "Winter's Crescent," a solstice gift from a fading deity.
Her gauntlets glow with aurora's light, bathing those who draw close to her in cool, healing aura.
She dons the Eyes of the Eagle, so that she may perceive all around her, near and far.
Bracelets of golden grass on her wrist, crafted by an adventuring companion, a symbol of the fledgling group known as "Gold Standard."