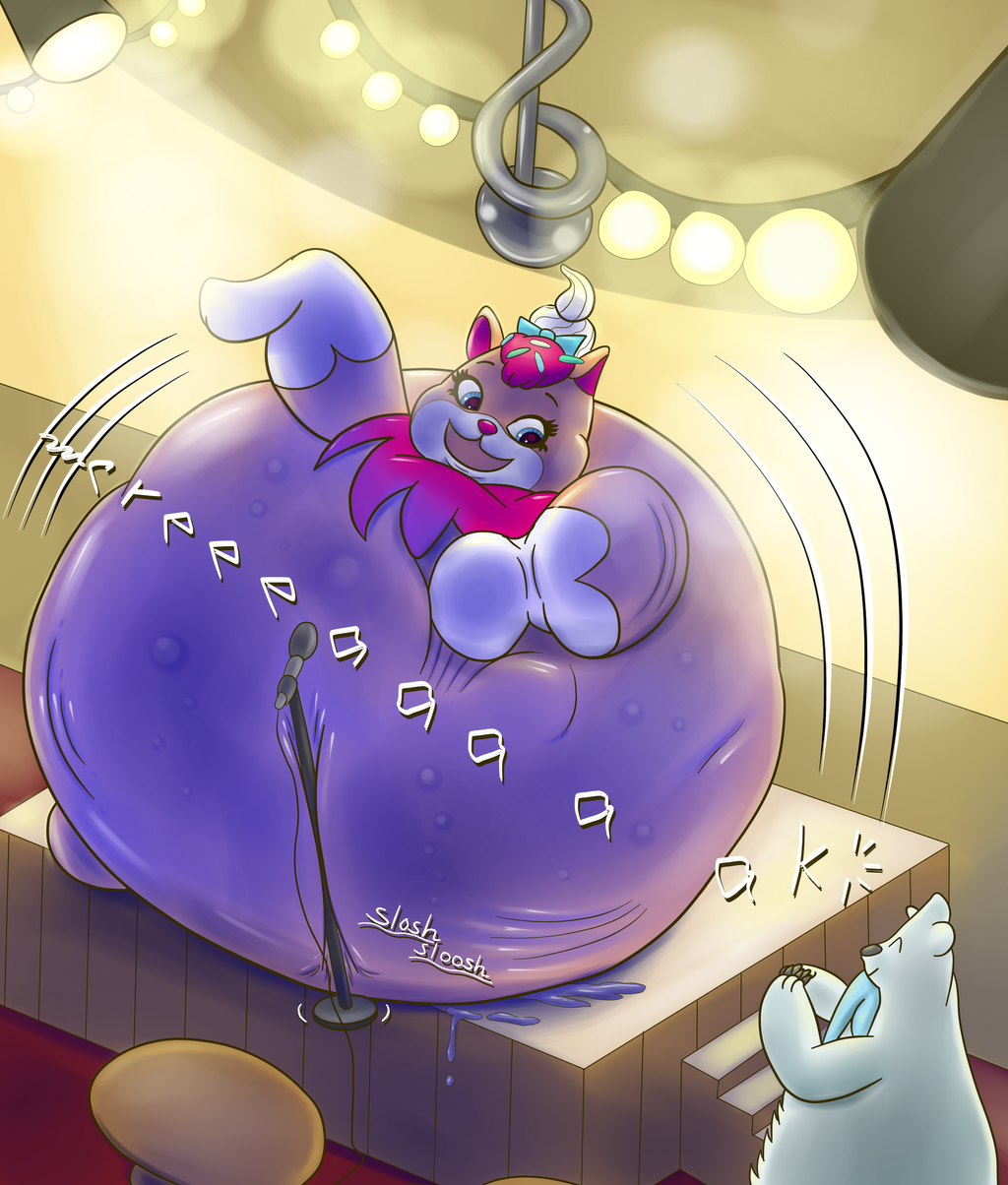 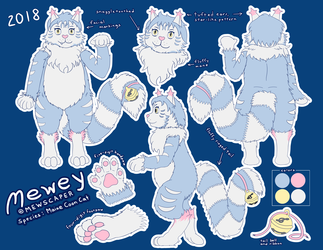 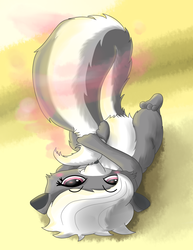 "Wait. Did... Did someone slip something into her water? Like, right before the show?

Probably, but it really doesn't matter -- the lights shine, the stage glitters, and the kitty carries on~

She sings her song with great gusto, as her gut gets greater. She swells with her song, body creaking and straining, the low glorps gushing and sloshing beneath her melodious high notes. She tightens, filling the stage, offing the sound system that she doesn't need, for her voice is all she needs. Though her complexion may be turning blue, bear in mind she ain't singing the blues~

And don't worry yourselves, folks -- she may be a pop star, but she won't pop! There's an audience to entertain, after all, and the world wide web's her stage."

For UTNerd24, from Fur Affinity