Come Along With Me by MentalCrash 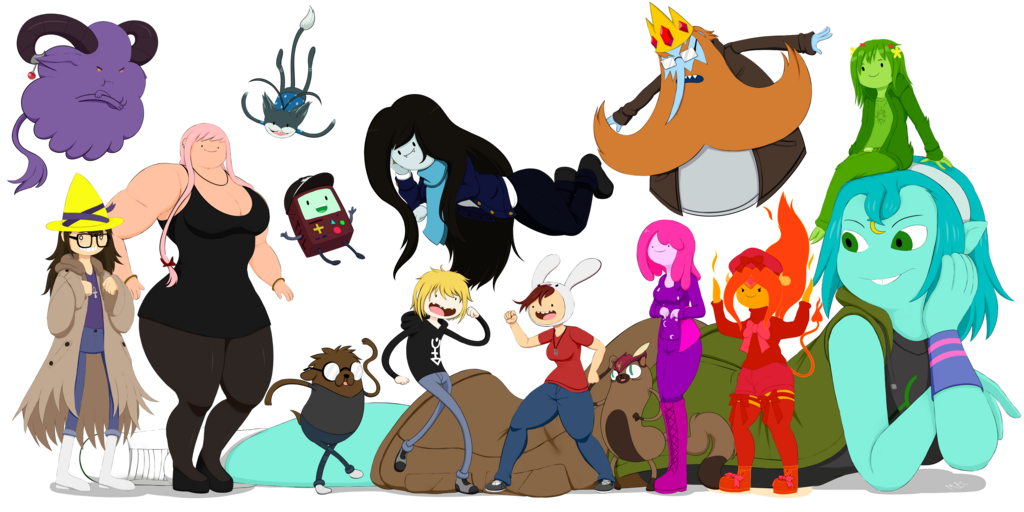 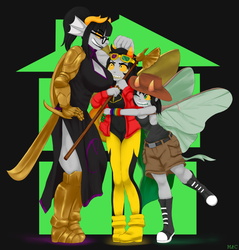 Come Along With Me

Anywayyyyyyyyy, so this is how the year ends, who would've thunk a whole year ago that things would have changed this much in the world? Would you know? Would I?

So, like with last year's christmas, here's a way of thanking all the wonderful people who have been getting pics from this year, both as commissions/patreon rewards as well as the simple act of engaging with the small community in my discord ^^

A few months ago I retook watching Adventure Time, I had watched all the way up to season 7 years ago but was missing out the last three seasons, after finishing it this idea sparked in my mind, since it's adjusted to the show's style instead of mine, that made things easier, giving me enough time to include a nice bunch of people as characters from the show. Mind you it was hard to pick some characters, I didn't want to pick someone the person hated, like for instance I was thinking about adding Lemongrab but who would prefer to be him instead of characters like Fionna or Marceline?
But in the end I guess it worked, sorry if you wanted to be a cool character tho, there was only so much I could do, specially with time being so limited lately, I can't afford rest even though we're fresh off a stream batch ^^U

So for those supporting me with constant Commissions or backing my Patreon, thank you, very very much! For being supportive, for being friendly, for just being there, thank you:

-Viperwing's Tiefling character Oceanus as Lumpy Space Princess, sorry, with that commission you got of her it just fitted too well.
-Me as Betty, fitting, maybe? I guess not due to obsession over someone, but it seemed fitting to go with a character that encapsulated exhaustion and madness.
-LyhokoLeaci's Yuno as Susan Strong. Since you've always presented exceeding in multiple skills, amongst which are strength, it was only fitting.
-Malkaiwot's Imp Form as Shermy, a minor character, but it seemed like a perfect fit.
-TheUrbanLegend52 as BMO. Does this apply to your playfully innocent nature maybe? Or the fact that you're actually a machine?
-Jaker17 as Jake, lol, sorry, this pick was a mix of me being lazy as well as cheeky.
-Mad-Hatter-Ison as Marceline, because you kind of have the same palette, except maybe for the skin tone, wait, are you a vampire?
-Nassley as Finn, because you're blonde, that's it... Nah, because you've been front and center all year long, you despicable bongistani.
-SomariaMoon as Fionna, another one who's been front and center, both setting up the server in the first place as well as getting a lot of the commission events going.
-Nathan B as Cake the Cat, sorry, I know you said you don't like Adventure Time, but I had already drawn the pic by then, and well, I've been really enjoying the Miqo'te pics you've been getting >3>
-IrateResearchers' Xavi as Ice King, I know you've been more into commissioning your elf gal recently, but this was too much of a perfect fit to pass, since who else could possibly be Ice King? <3<
-TheRoseQueenAlexis as Princess Bubblegum, this one I know it's kinda confusing, I of course based her clothes on your usual outfit, but dayum, even though I also went with a shade of pink closer to you hair she still looks pretty much like it's plainly PB >3>
-Lordtombond's Diva the Devil Class President as Flame Princess, like with PB this one also looks like it could be from the show, since I couldn't use the greens and blues Diva usually has since it'd clash too much with a character's that's supposed to be all about fire, at least there's some added bits like Diva's horn and tail though.
-theheroofdarkness as Fern, I hadn't drawn you in your male form since that Impification pic that got the whole Tia thing started in the first place, dayum, it's been a while o3o I also had a hard time picking you, a pity there's no fish characters in the show, except maybe for the underground fish people, but they're too minor to be recogniseable >3> You still have your fancy long hair at least.
-Redmond17's Sandy Reswald completes the set as Canyon, laying in the background, I dunno why exactly, but I feel like it really fitted her. I imagine Brittany would likely fit well as Breakfast Princess?

And that's that! Again thanks a lot to everyone for your support this year, and let's hope 2021 is better, things may not like the best right now but who knows, let's hope for the best and keep on going strong.