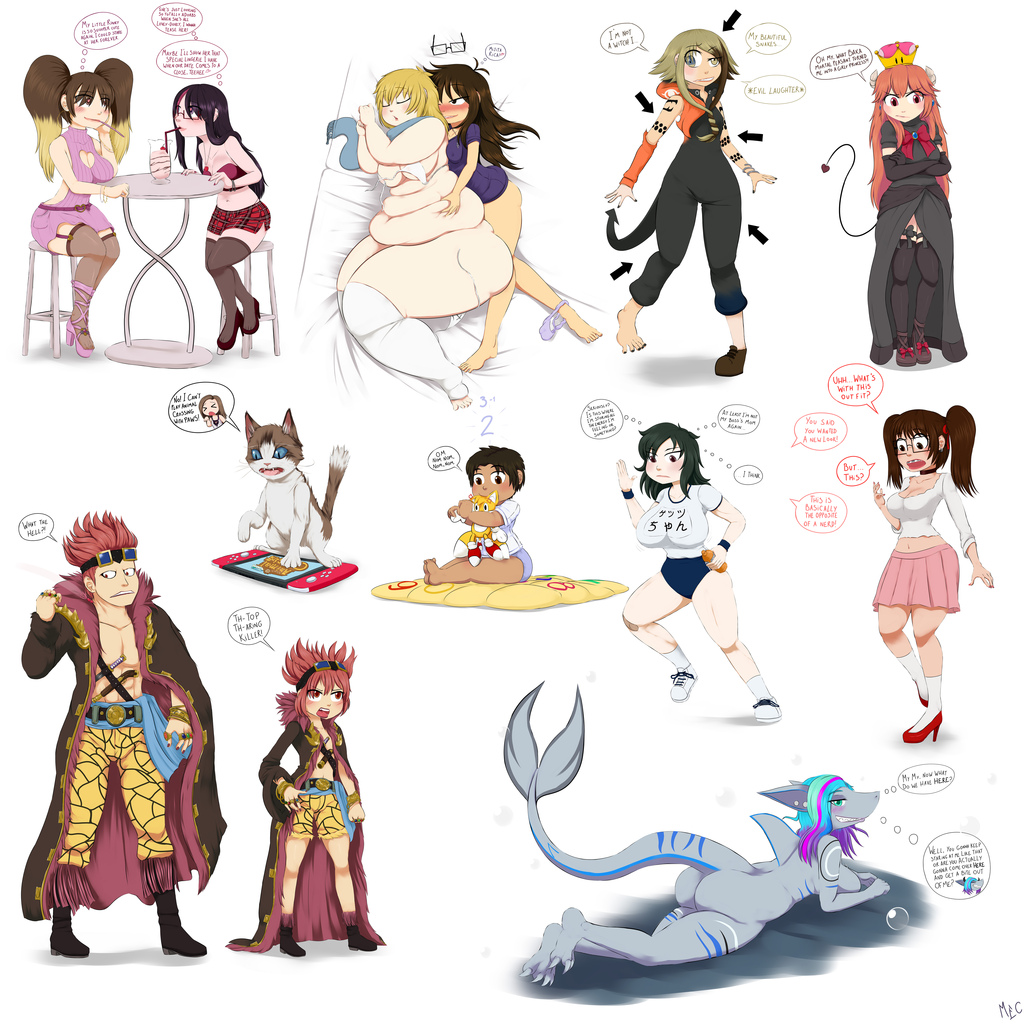 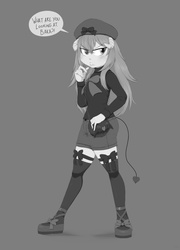 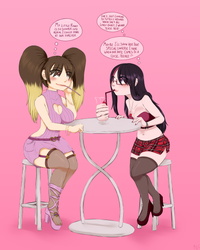 That's a new Stream Batch! With the variety that's so characteristic of these. Took more slots than usual this time since none of the slots in the batch had more than 2 characters per.

1º Jindujun93 commissioned a new addition to the Fluffy Set of Erin and Marie, this time with both of them sharing a milkshake, happy cute bimbos >3<
2º Nassley also expanded (pun intended) the Peak Performance Nashley into a set, but now including me in it, who said I wanted in? I didn't, you said it, I'm not enjoying this, p-promise.
3º Viperwing commissioned himself half (or I guess more than half) transformed into Medusa Gorgon from Soul Eater, a part of her face still fighting it I guess.
4º Lordtombond asked for Diva the Devil Class President wearing a super crown, Divaette it is I guess? She still isn't happy? Why is she never happy? :v
5º SomariaMoon commissioned poor Adriana Figueroa turned into a cat, now unable to play videogames, ooh what a world, what a world...
6º Kenn Kyubi commissioned a sequel to the Lock-On Regression sequence, I don't think it is advisable that you keep on drooling over that doll, you're pissing it off again, the transformation had stopped at 3 but it now regressed another year, if you keep at it you're just going to keep on regressing.
7º Redmond17 commissioned a sporty version of their female selves Redmond/Mona/Gettsu, I don't doubt she's quite a good runner, though I wonder if that chest tends to get in the way :v Oh, and of course, her being her boss' mom is referencing this.
8º LyhokoLeaci asked for a new addition to the NerdLaci/NerdYuno set, this time Yuno taking away some of Leaci's nerdiness... Sort of? She's just wearing sexy clothes, I guess there is such a thing as a nerdy bimbo.
9º Anonymous commissioned a Sissyfication pic of Eustass Kid from One Piece, seems like those Trapifying Darts are still flying around, anyone wants to get stung? :3c
10º theheroofdarkness commissioned a new pic of Tiamat's Shark Girl form, this time under the sea, gaze upon the spectacle of underwater wonders :v