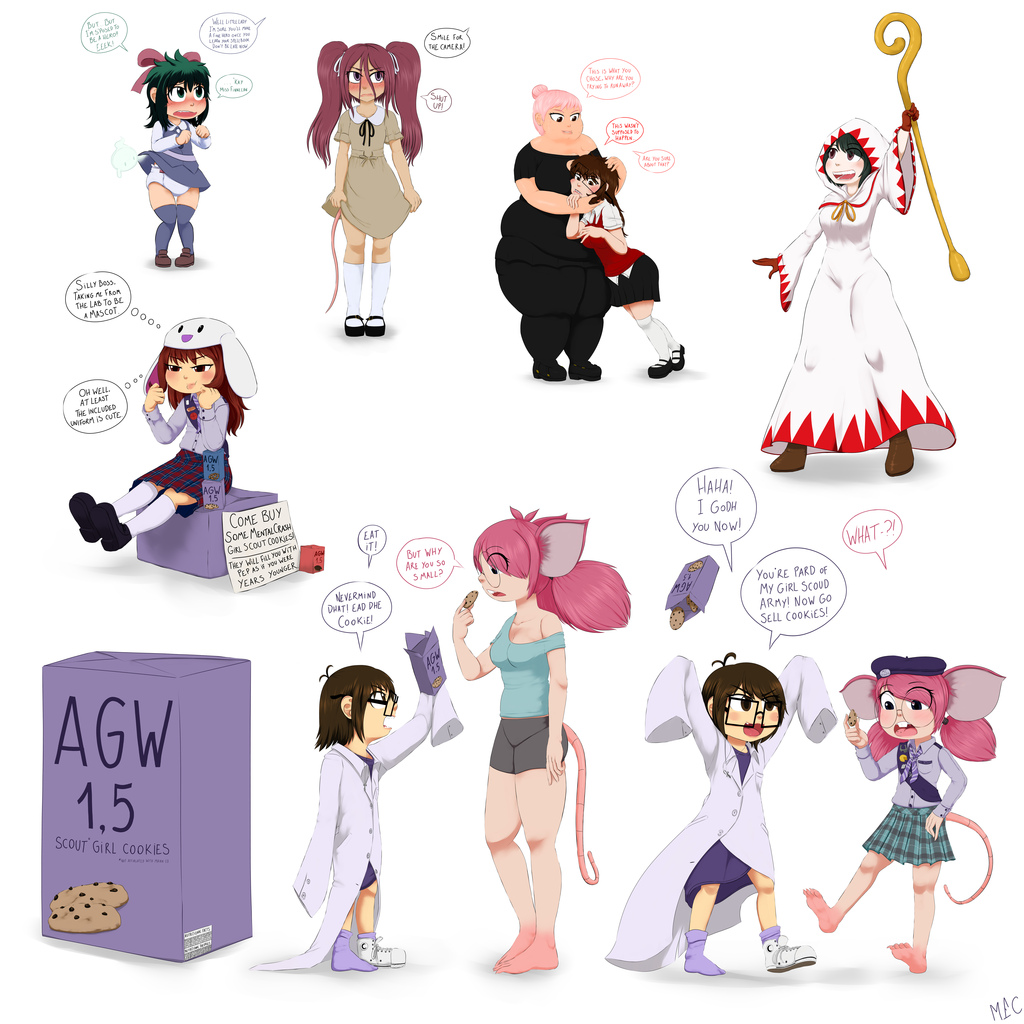 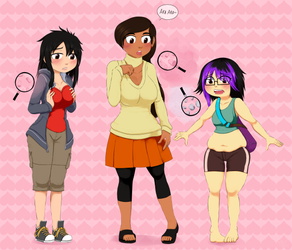 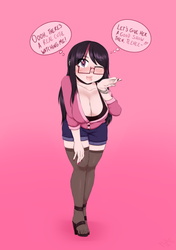 Second Canvas from the latest Stream Batch! Using this as a chance to also announce a new AGW >:3c

1º AnnakaTan is once again asking for AR shenanigans! this time with Deku from My Hero Academia having somehow ended up transformed into a little girl in the Little Witch Academia universe, young enough to attend but apparently still having to wear diapers, while an indiscriminate wisp lifts her skirt :v
2º AnnakaTan also got the second pic of this batch, Ant-Kite from HUNTERxHUNTER has lost a bet and must try on a dress and have her hair tied up, maybe Reina would have liked it but I don't think Kite would, oh the humanity! Or is it ant-ity?
3º LyhokoLeaci asked for an swap gone kinda wrong, Nerd Leaci tried swapping back with Yuno, but only managed to give her some of her nerd features, such as fatness and pimples, but Yuno kept her strength and confidence, and Leaci is still a shortie :v
4º Redmond17 quite simply asked for a picture of Mona dressed up as a White Mage from Final Fantasy.
5º SomariaMoon asked for an idea they had weeks ago, TG+ARed into a lil' girl scout selling cookies, this is where things get really interesting my lovelies :y
6º The upcoming event Somaria and I thought up will be Scout Girl Cookies, with the purpose of creating my own army of Girl Scouts, only as you can see on:
7º Turbosalt's picture I also managed to get regressed myself, that doesn't really change any of my leadership though, you WILL try these cookies and you WILL end up selling them yourself! Nothing can stop my plan!