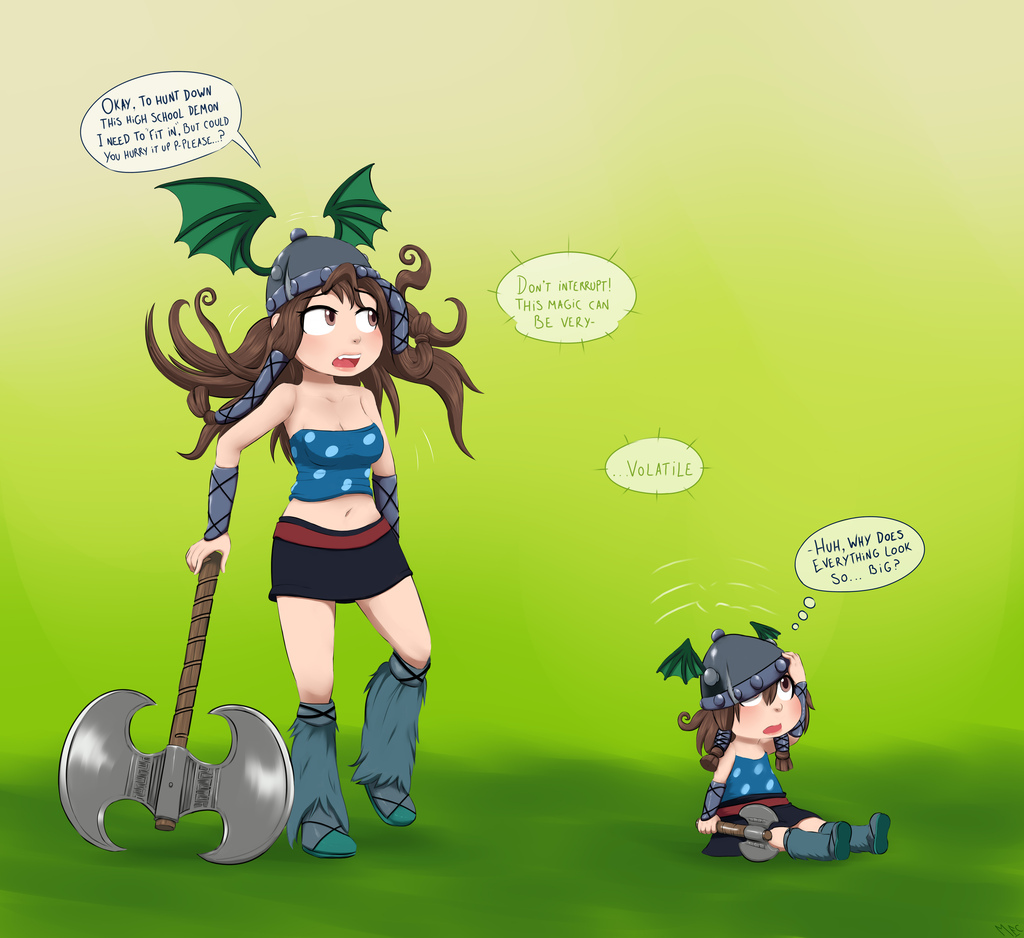 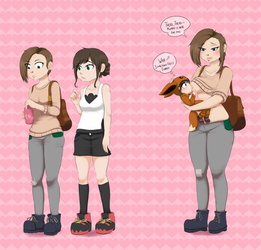 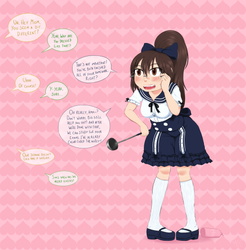 Eighth sketch of the latest stream!

Malkaiwot asked for a new pic starring her Vikingfied TGed self, apparently a few years after the previous sequence, now doing missions for the powers that be, channeled through her axe, but still having not learned to remain still while a powerful spell is being casted on you, ah well... It seems like she'll have many more years to learn that now, that axe doesn't look harmful enough anymore, neither I'd say it's capable of channeling the powers that be :3c