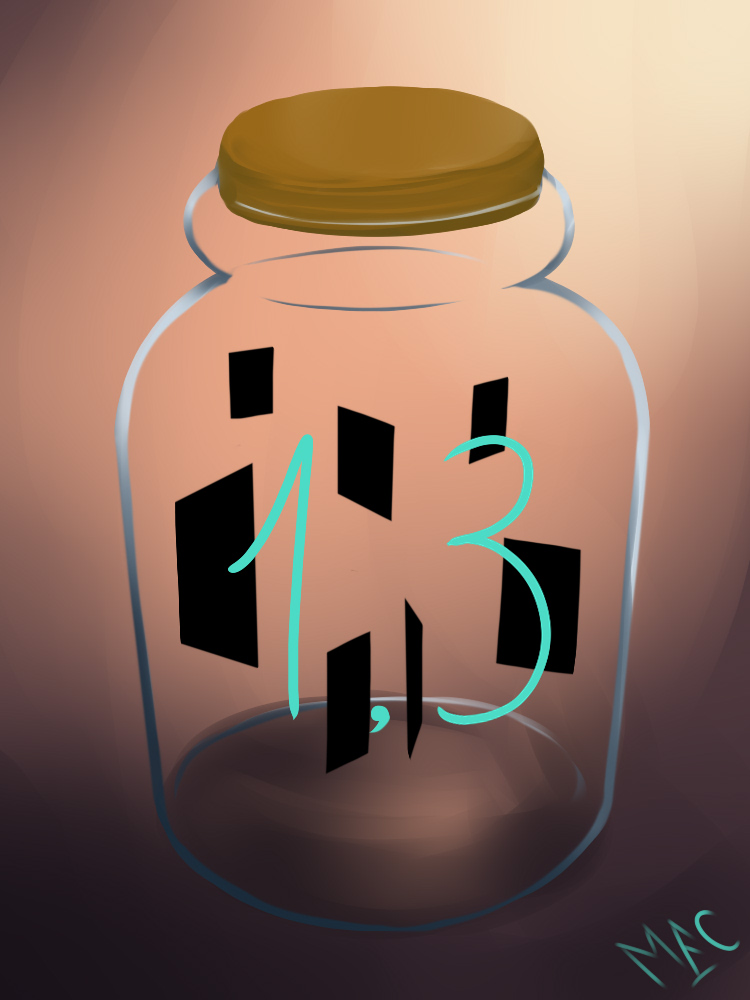 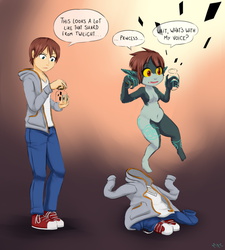 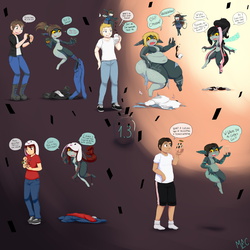 This pic will serve as an explanatory sheet for the upcoming Impification which will take place in the next stream most likely during the middle of next week, You can see an example of the effects of AGW 1.3 in the pic below:

The idea of this event will be Impification, more specifically of the Midna variety, with greyish green and black skin, eyes with yellow sclera and red irises, pointy teeth and ears, glowing patterns all over the body and a propension for thiccness.

It will work the same as previous ones, you provide a character, which can be yourself, an OC or any character from an established franchise, male or female won't matter, but they'd be transformed into an Imp.

The price as usual will be 25 USD per character, meaning a before and after picture would cost 50 USD.

Here's something different from the previous events though, since Midna has such distinct features the only obligatory feature will be keeping the hair colour and hairstyle, the rest would be just a set of suggestions you can pic from to make sure the character looks impified while retaining enough of their original self to make it identifiable, even if just partially, so:

-Keep a piece of clothing to make it look baggy, like a jacket.

-Change the colour of the glowing lines to a colour of your choice, as long as it glows

-Amount of thickness and overall bodyfat

Where the result is a different type of Imp, smaller, with tails and wings, you can go with this type of design or add/change some extra features, like adding horns or other things, as long as the overall impish look remains.

SO STAY TUNED! My idea is to make this event take place midway through next week, should there be any change on that, making the event happen sooner or later I'll make sure to let you know in advance.