An Acceptable Excuse by MentalCrash 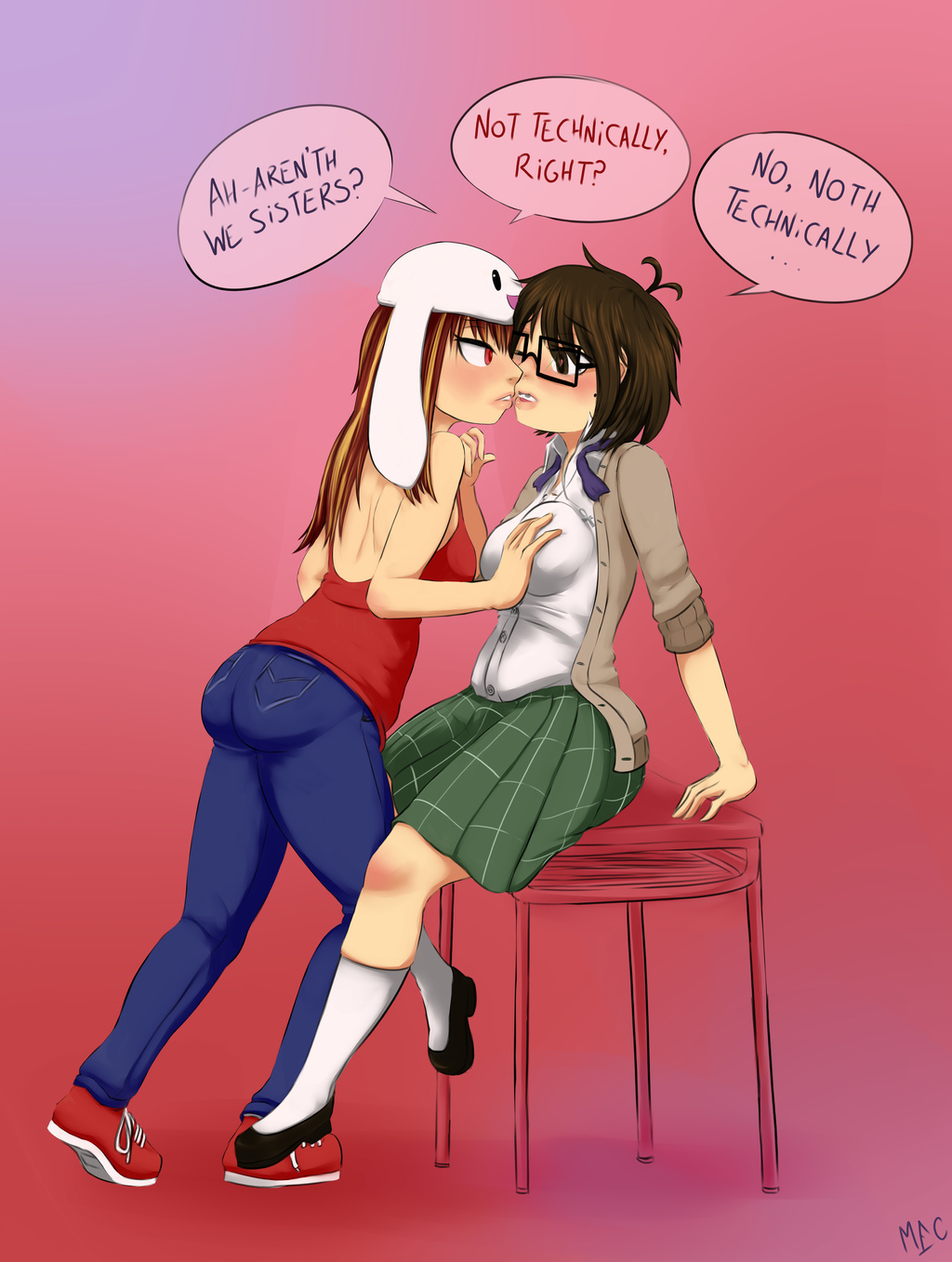 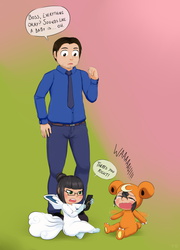 EDIT: Made some notorious editing since I've been irked about this pic ever since I uploaded it, I wanted to go with a blend of red and purple for the background to show that the characters were getting involved romantically, but a vortex was a stupid choice, and of course the heads were ridiculously oversized, you can see the previous version here.

This one drawn as a patreon reward for SomariaMoon, being quite the lewd continuation to the Strangers to Sisters set, where we exchanged ages back and forth until reaching a balance in adolescence:

So it seems like Somaria and I have grown quite closer, probably due to the experience, but well, I mean, uhm, I, well, you know, technically we're not really sisters, so it's fine, r-right? Now lower your voice, someone may hear us.

P.S.: This pic was totally Somaria's idea, I swear, I had like no creative input in it at all!