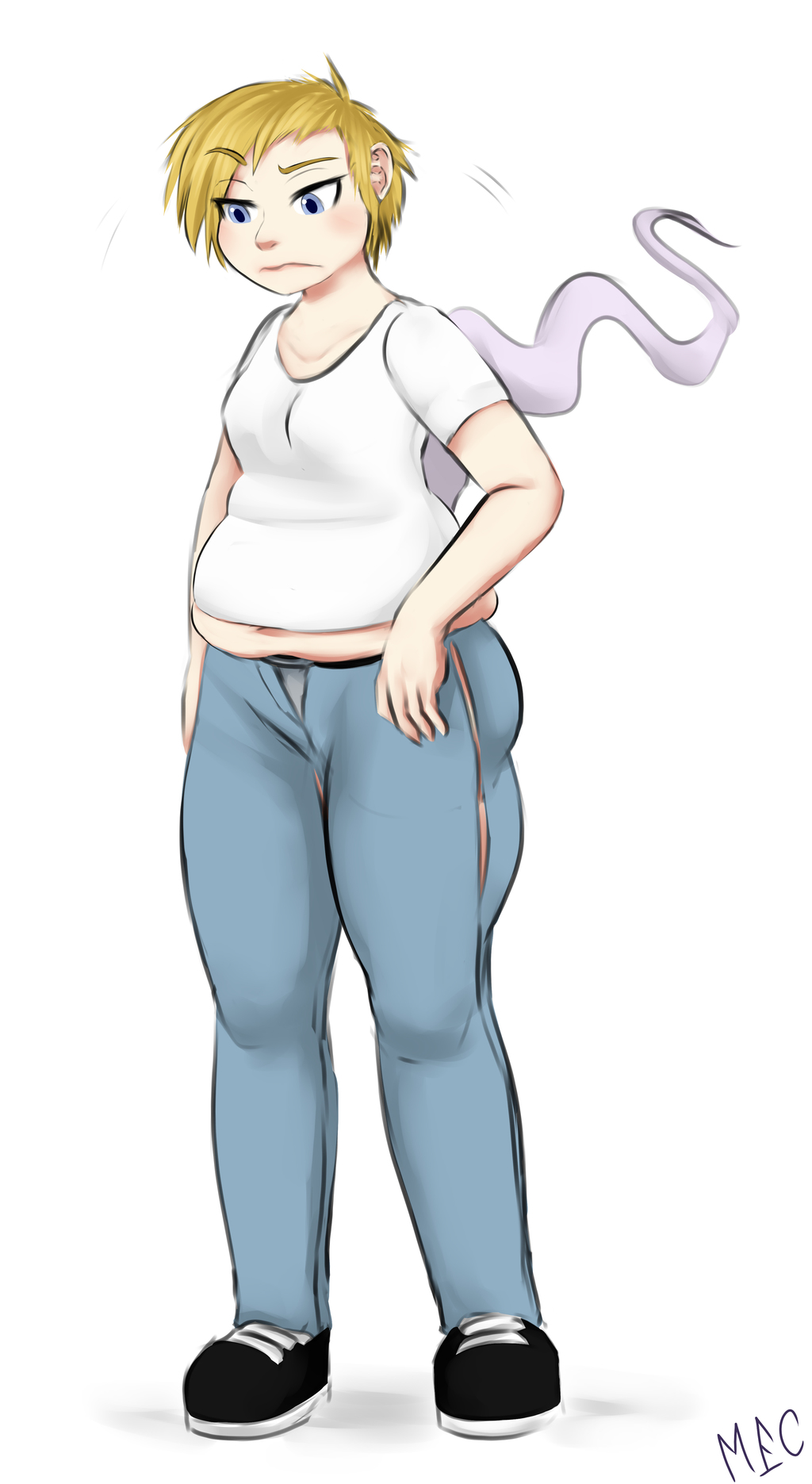 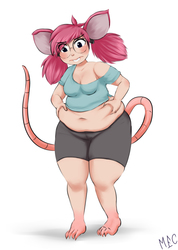 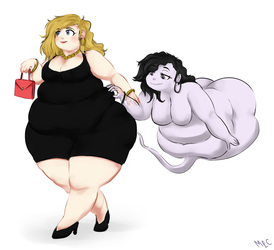 Third sketch from the batch of yesterday's Stream.

Nassley is back at it :V

This pic acting as a Mid Stage for his commissions on previous streams, so this would be a middle stage, the ghost lady has just entered Nash's body, he's already looking femenine and it's obvious he's also looking fatter, the seams are opening, his pants are opening up, and that belt he's wearing isn't quite visible due to the muffin top but I'd assume is at it's limit :V

How long is it going to be until her clothes rip into shreds? :3c