I Haven't Seen You in Such a Long Time! by Megan Bryar 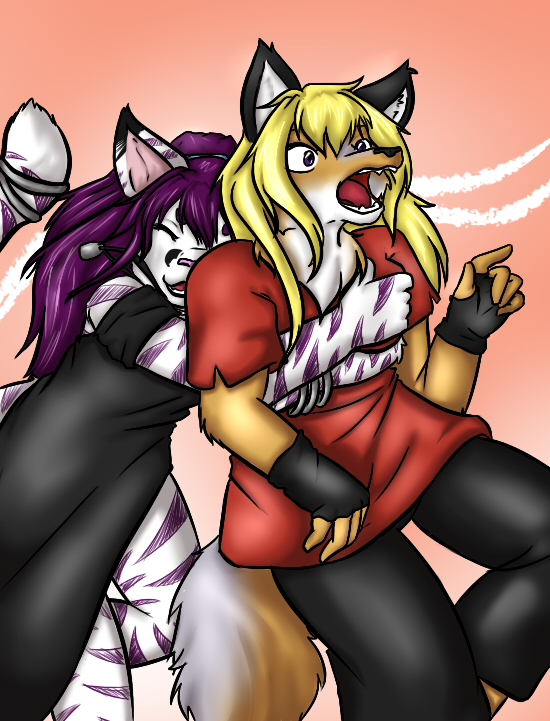 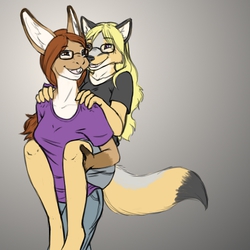 I Haven't Seen You in Such a Long Time!

Ciara always knew when a stranger came to town. Over the years, she'd grown quite sensitive to the ordinary smells of Oseille, and she could even pick out most of the usual merchants and traders by their scent alone. This one was different. It was a new scent, a sweet, expensive perfume unlike anything even the richest merchants wore, but it was a smell as familiar to her as her own. It went with the heat of summer and memories, all but lost in the events of the last year, of the first time she ever fell in love. Tamsin, a white tigress from a distant corner of the mainland, had come to Oseille the year Ciara was eighteen and they'd spent almost a year and a half in each others arms.

Still, all of that was in the past now, and Ciara had clients waiting for her to get to work. She laid a fire in the hearth, and she'd just gotten it to the right temperature when a rustle from the tall grass beside Thirteen's paddock caught her attention. Sometimes the local rabbit kittens would come to watch her work, in spite of all the times she'd warned them about the heat and the dangers of distracting her while she was working. She opened her mouth to warn the kittens away, and she was hit in the back by someone who giggled and pulled her into a tight embrace. One arm went around her middle, and the other went around her chest, which made her blush and yelp with surprise.

"Four years later, and you haven't changed a bit, have you?" Tamsin said "You might be a hero now, my darling, but you still can't hunt worth a damn."

Ciara and Tamsin belong to me.