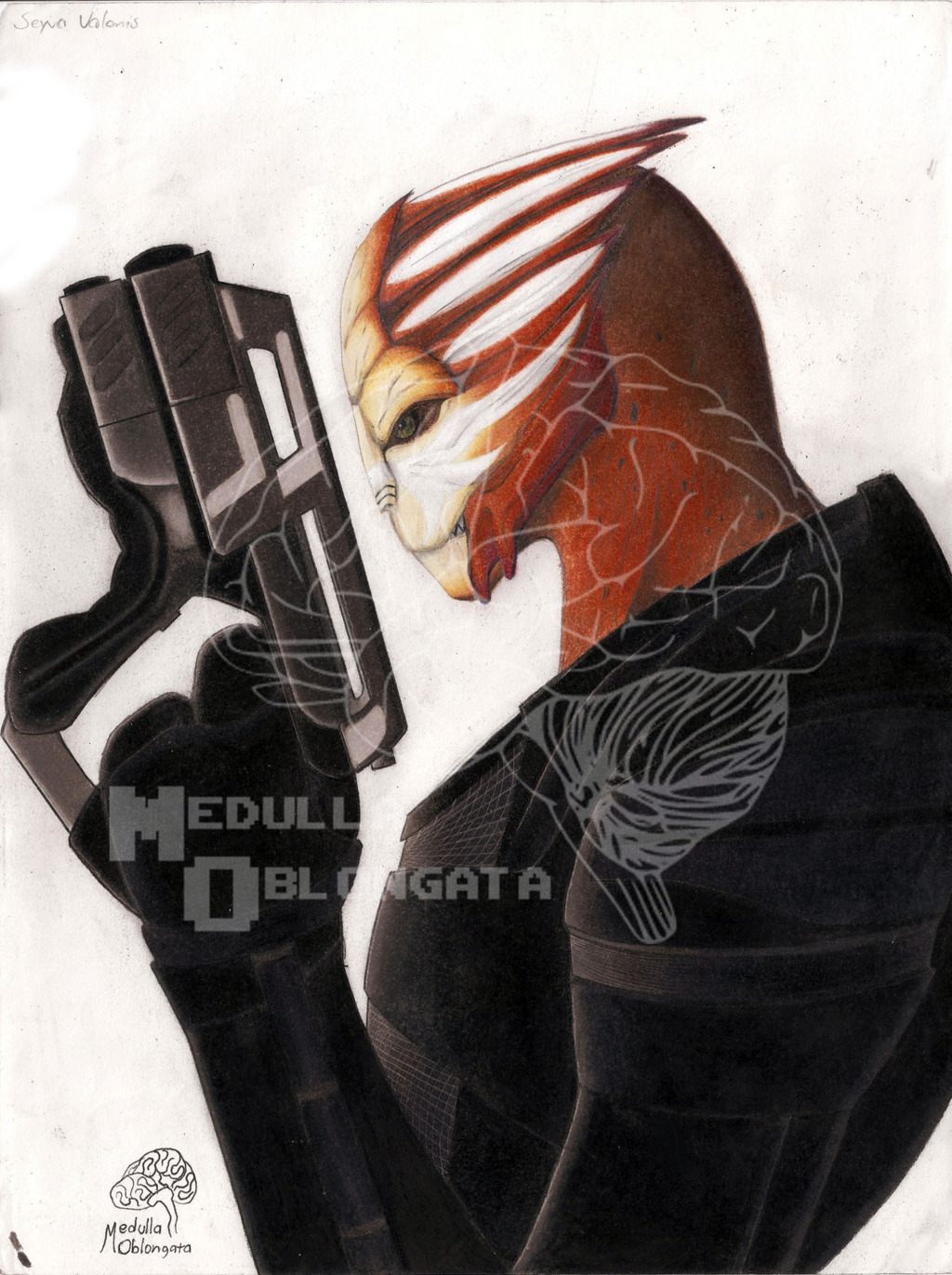 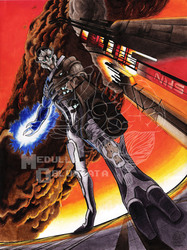 ***YOU MAY NOT USE, EDIT, NOR DISTRIBUTE THIS ARTWORK ELSEWHERE. If you want to show this art, please link back to it.***

Designed with Prismacolor premier pencils, Artstix, and Verithins. Constructive criticism welcome; I am always trying to improve my work!

This is Seyva Valonis, a character I made for Mass Effect role-play. Her code name was Spider; since joining an AU setting, that has changed to "Umbra". She is an intelligence operative in service to the Turian Heirarchy.

This was originally designed in 2010, prior to Bioware releasing the "fringeless" female concept later on. I really don't like the fringeless appearance, which doesn't look right in my opinion.