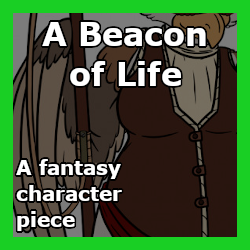 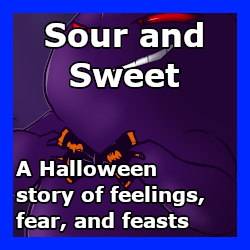 The process of creating magic items is complicated and fraught. Magic is fickle, after all, and demands exacting knowledge or feel of its inherent rules, detailed study into its craft, exorbitant amounts of time, mastery over material arts, and a frankly staggering degree of high-value reagents. There are no shortcuts. There is no making your own rules. There can be no selling the powers that be short. It doesn't matter if the runes and energy summoned is that of the primal granted through life itself, that of the divine granted by equally fickle entities long ascended, or that of the arcane granted through intense connection to or study of the fabric of reality; to imbue the material with lasting and focused power such that it might manifest a coherent ability is to obey strict laws and scour obscure knowledges for the precise details necessary to beg the forces of the world into granting you a gift.

...that is, unless magic really, really likes you...I guess?

Sixen's backstory needed a slight tweaking in order for me to play her as a PC in the Pathfinder game Oji started running for our tight-knit group. Nothing of her essential core was altered: she still loves rocks, she still is irrepressibly optimistic, she still loves magic, and she still worships dragons. In fact, to be perfectly honest...I feel like this is equally valid a Sixen if not more so than her original incarnation in Oreath. Here, though, I get into some of the nitty gritty about how her magic works. While she believes herself to be a wizard and to be doing both magic and magic item crafting correctly, in reality she is an arcanist with an exceptionally rare if not unique trait for being so charming that magic itself can't help but let her get away with making mistakes. It leaves her items with rare and strange quirks, and her scrolls are difficult for anyone else to use, but for anyone else...Sixen's style of crafting would only result in lost time, money, and tears. Sixen, meanwhile, doesn't actually understand this. I'm not sure she ever will, short of having it bluntly explained by an elder dragon or an avatar of arcana itself.

This may be the story I've written the most for in the shortest time. I was genuinely inspired due to absolutely adoring my kobold and playing her in Pathfinder. I cannot overstate how much joy she brings me with her simplistic Polyanna-type perspective. I am deeply passionate for worlds with rules and rare exceptions, structured magics and exciting variants. I especially love when the very heart and soul of a character alters the shape of their abilities and potential. This story is wordy, impractically dense, and blatantly SFW so I've absolutely no doubts this won't get nearly as much attention and love as other more plainly written stories I've written. But I am so deeply happy when I read this story, so...maybe someone else will be too. <3

Oh, and for the curious:
Totem of Friendship
Lesser Minor Wondrous Item, CL 4th
Aura: faint divination and enchantment — Price (for a newly enchanted gift a client brings in): 3000; Price (otherwise): 0
Description: A Totem of Friendship attunes to whoever received or receives the item as a freely-given gift by the previous owner. Whenever the "face" of the item is directed towards an intelligent person, the "mouth" of the item magically contorts to show a smile, neutral expression, or frown depending on how fondly the target feels about the owner (based on unmodified mood towards the owner; this is unaffected by enchantments, compulsions, etc. on the target). If the item is stolen, sold, or otherwise separated from the owner gifted it, it permanently provides a frown until returned. If the owner dies without gifting it to someone else personally, by verbal instruction, or through a written will, the item's magic dissipates and, if either or both were created, loses any face or mouth that the magic provided; the item may not be re-enchanted if this occurs. If the bulky item had no "face" or mouth even in image form before, its first use manifests such upon the item. Bulky is defined as being at least 1lb in weight and of dimensions larger than a 12 oz bottle.
Construction Requirements: Craft Wondrous Item, Seek Thoughts; must be made to be or made by enchanting a bulky, freely-given gift; Cost: 1500