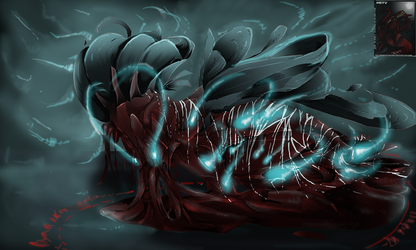 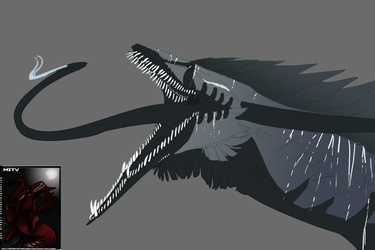 Done for the night, but here’s a current Reference for the Dy.

It’s relatively difficult to make them a Reference do to the endless combinations of fur/vents and what not.

A few things that are always common between both genders though:

Males are generally smaller than females, however due to the armored plating on the under belly/ neck/chest/ and the base of the tail, they are heavier.

Females generally are much faster.

Five toes on the front and back, always having a large claw as a thumb.

Wings among the species are more optional than anything else. With a “melting effect’ they can get rid of or gain wings. It’s a matter of using dark matter.

Both genders may sport large scythe like or otherwise harmful weapons on their tails.

Females usually have fur on the chest, but it is an optional thing.

For those of you with Dy, I’m sorry you have to like redo any reference sheets you made whoops.

Those of you who don’t have a Dy, and want one, come speak to me. The species is essentially “closed" but only in the fact that you need to obtain permission to make one. If I get enough interest again going I might make another round of adopts.

Will work on this later on today and add in things like the skull/jaw make up as well as other silly things like cores, wings, and pinions/feathers/customization.