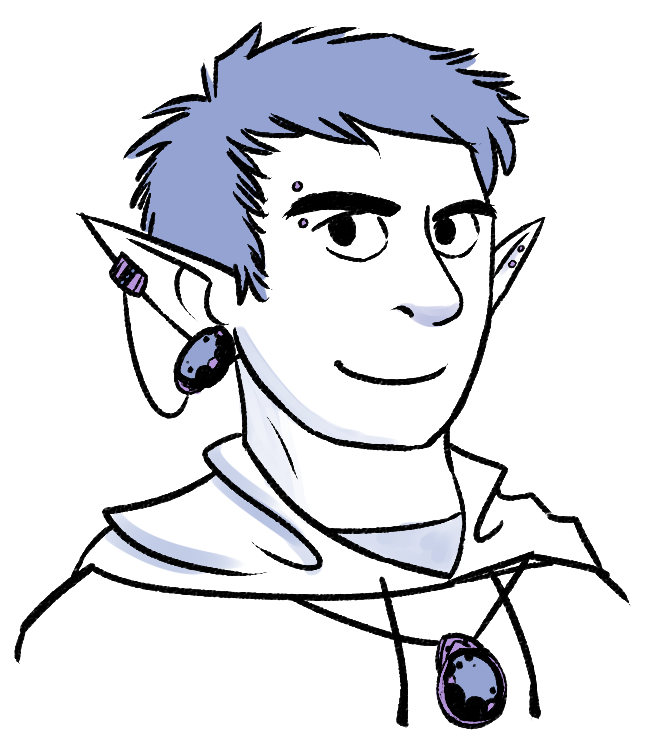 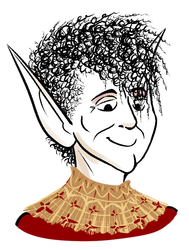 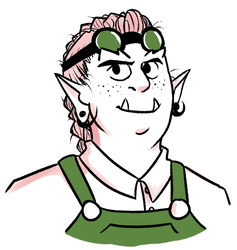 The third of six portraits I drew for my partner's upcoming Dungeons and Dragons campaign. The party gets to have a patron NPC as a guide through the plot and setting, and he wanted portraits of them so each player would have a better idea of who to choose.

Arivin is one of my partner's former player characters, and the one he played in the first D&D campaign I played in. He's a half-elf and a very curious character with a lot of secrets.