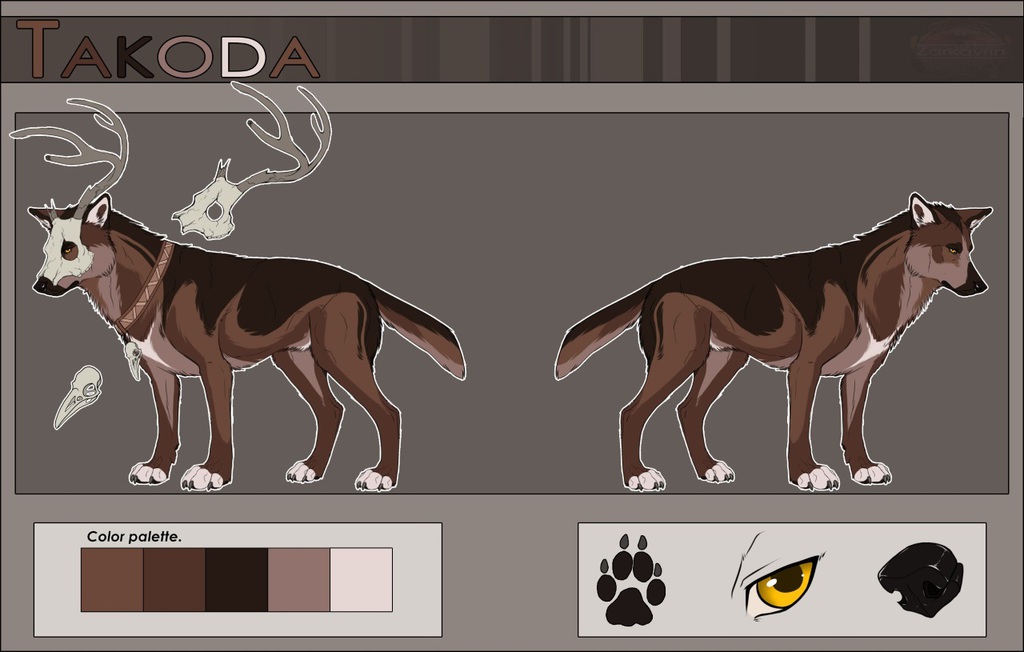 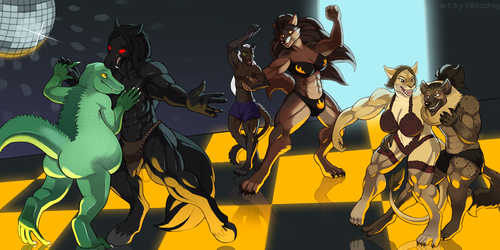 My good luck and timing allowed me to stumble upon a lovely batch of adoptable ferals done by Wolgram just when I was in need of some art for my feral wolf/husky Takoda! The shamanistic look to this one just fit him so perfectly.

Takoda is an intelligent feral, though like many it took time for him to figure that out, having always been treated like a dog. He was eventually adopted by Mahiri after his previous owners got rid of him for his "strange" behaviour. And what a surprise it was for the leopard to find out that his "pet" was actually a person! He still lives with the kitty, but isn't considered a pet anymore, of course.

He lives very much with a blend of instincts and lifestyles. Sometimes he enjoys being treated like a dog, being lazy and enjoying rubs to his belly, and he's not above faking non-sentience just for some easy affection. Other times, he feels a deep connection to nature and maintains a strong belief in the spirits that inhabit the wild places, lending to a religious mindset that draws from shamanism. And other times still, he's just another person who happens to walk on four legs, working a job and paying rent like anyone else. It really all depends on his mood.