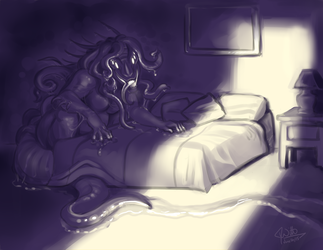 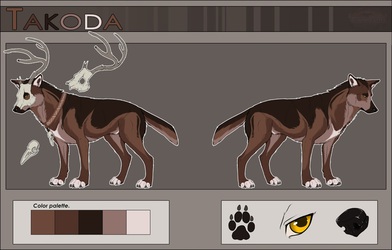 Once upon a time when I was a little baby leopard with a great big character list decorated with borrowed art, the thought of one day owning art for every single creation of mine was but a distant fantasy.

And then, four years ago I started delving into finally getting my cast drawn. One after another, often in big group shots like this one. Finally, I had a look over my character list, and came to a startling realization. There were only six left to get drawn. It was almost a reality! Sure there's still a handful of semi-official characters orbiting around in a state of questionable existence, but I still feel like this is a pretty big deal.

So here's the big finale, the remaining cast celebrating the milestone of art for everyone with a glowy dance party.

Characters are, left to right...
Azikiwe, the big fat crocodile too cute for his own good.
Vaul, the hulking horse from hell, who's a pretty nice guy despite being terrifying.
Naveen, the sleek and sneaky panther and Mahiri's cool dad.
Allegra, the fiery shem wolf who just don't care.
Kilrasha, the beefy lioness mama who scares everyone.
Zambita, the bulky hyena fellow who can hold his own against beefcats, and the younger brother of Kijana.

I'm not sure what song's playing but everyone seems to have a different idea of how to dance to it. Suggestions?

Rikkoshaye made this, of course!