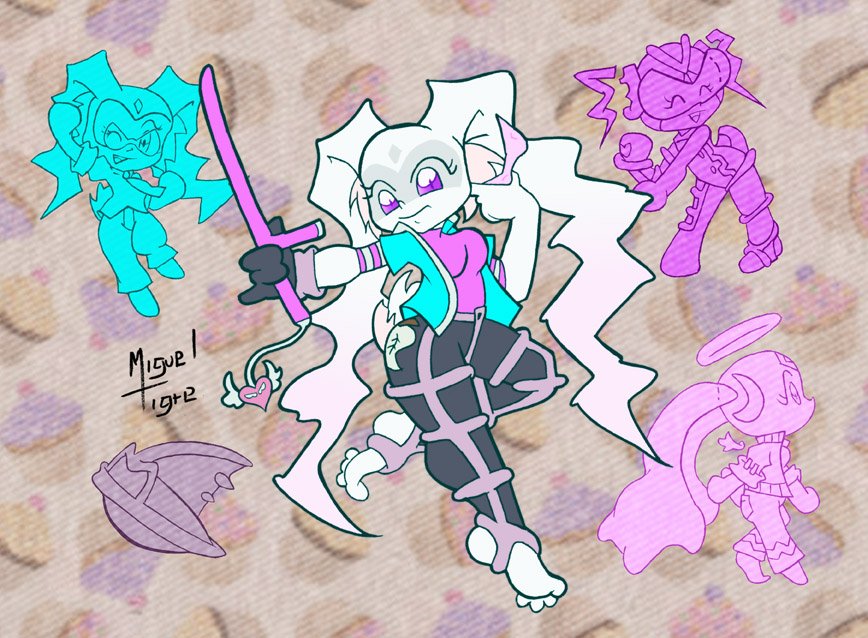 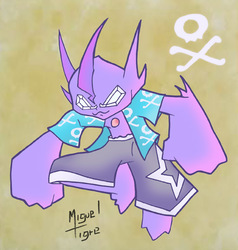 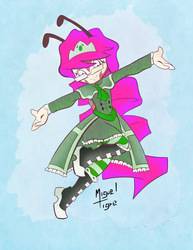 SO here we have Geauga in the future: Catabwa and Diesel's mom, wife of Monguse, and the new head of Temporal Police. She is the Chief and Commander of every unit and team and goes on missions usually as acting leader. ( usually with Team Elite, but she can take charge of any team sent anywhere )

During one of her mission her powers totally kicked out and she was left rather weak, being rushed to the medical unit she was found to be pregnant. Not knowing how her transformations back and forth would affect her children she stayed in the form of Gea Mongoose ( formerly Lapin )during the duration of her pregnancy. It was then that she learned she could power that form to 60% power and not effect her children or herself. ( a normal body cannot sustain that much energy housed in them ) During that time Gea was revealed to everyone as being Geauga and she decided to keep the form but go by her real name. After the birth of her children she found that without them she could only sustain 50% of her power so she scaled back a bit and maintains this form.

Geauga has her speed ( in no way reduced in this form ), much of her strength, and limited control over space and reality. However to compensate she carries a baton she can focus her power through and use as a weapon. If need be she can and has in the past change back to her full form of Geauga to reach full power.

Geauga is more sure of herself and has learned to get over her mistrust of technology. She tends to be less soft spoken around others and will not hesitate to engage and enemy in full blown combat. As a mother though she is very sweet and caring. Usually she babying her son Diesel whom she loves to death and affectionately calls him "Baby Muffin".

Many have said she has come along way from being the shy, unsure of herself Chrono-Angel she used to be and has blossomed into a very capable leader and fierce defender of justice. Her motto to all new officers is , "You don't have to respect me, just do what I say."

Well Happy Birthday Geauga. Here we have a glimpse of what she'll look like in the future.

To Geauga, who out of all my character represented the goods aspects of me: the innocence, the nobility, and the desire to find the good in everything. Please stick around, lord know I still need you.
MT