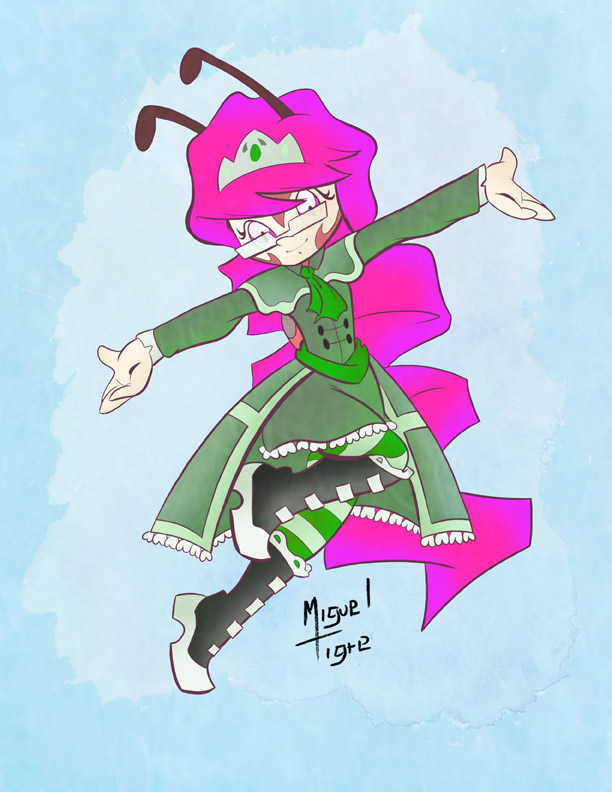 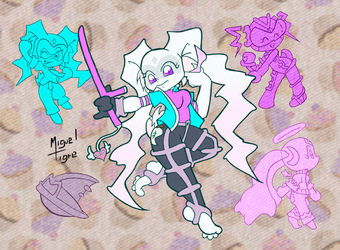 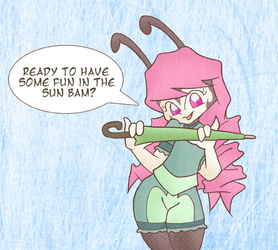 Happy Birthday Pretz! ( Well it's the 14th, but I couldn't wait ) So here we have the Queen of Sector XII, wife of King Bam, and mother to Tres, Em, Miranda, Xochilt, Hemi, and Johanna. This version of her , while still very prim and proper, has learned to loosen up a bit and isn't so rigid. She laughs more, jokes, and even goes as far as to break royal protocol and hang out with her people on their own level. She's had a lot of growth not as a person but as how a person of nobility should be. And because of it, she's finally earned the love and respect of her people. Though she is queen, she has not changed so much that she will not get involved in a fight and get her hands dirty. ( actually this is her 4th royal gown, the other 3 did not fair well in a fight and had to be altered. This one gives her the look of a regal queen but allows her freedom and movement and will not rip or come apart in a fight. ) She's become very good friends with Geauga who, when she has time, will pop in for a good chat and some catching up. She is also her world representative in the Continuum of Worlds and attends sessions in her husband's place.

Pretz, you started out as a character I made for me to hate. I based you on ideals I felt had no place anywhere, and in time we both grew as people and as adults. You tests the limits of my understanding and gain great compassion from me. Now you are one of my most beloved characters. Thank you for coming at a time when I think I needed you most. You earned your wings, in more ways than one. Happy Birthday.