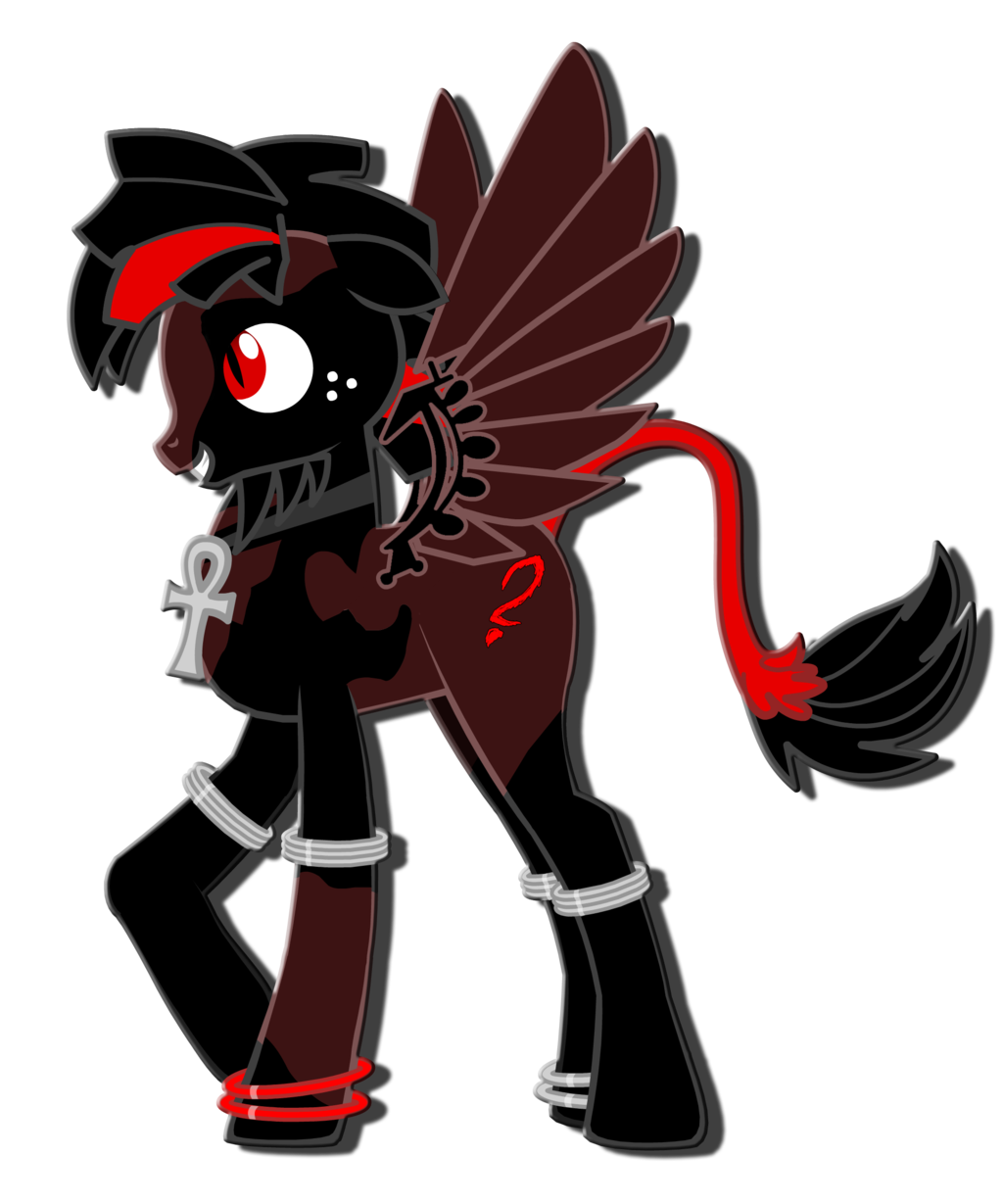 "How are you so sure he didn't draw the damned thing on himself?"

I got off my lazy ass and kinda scribbled Rohit's cutie mark. Yes, his character page was serious. It's a question mark that, in another OC pony's words, looks as if it was scribbled on.

Only it wasn't. It's a question mark because Rohit makes pretty much no sense. At all. Ever. Because he's lost his mind.

I suspect it has something to do with the Rainbow Factory or something. He keeps mumbling about it.