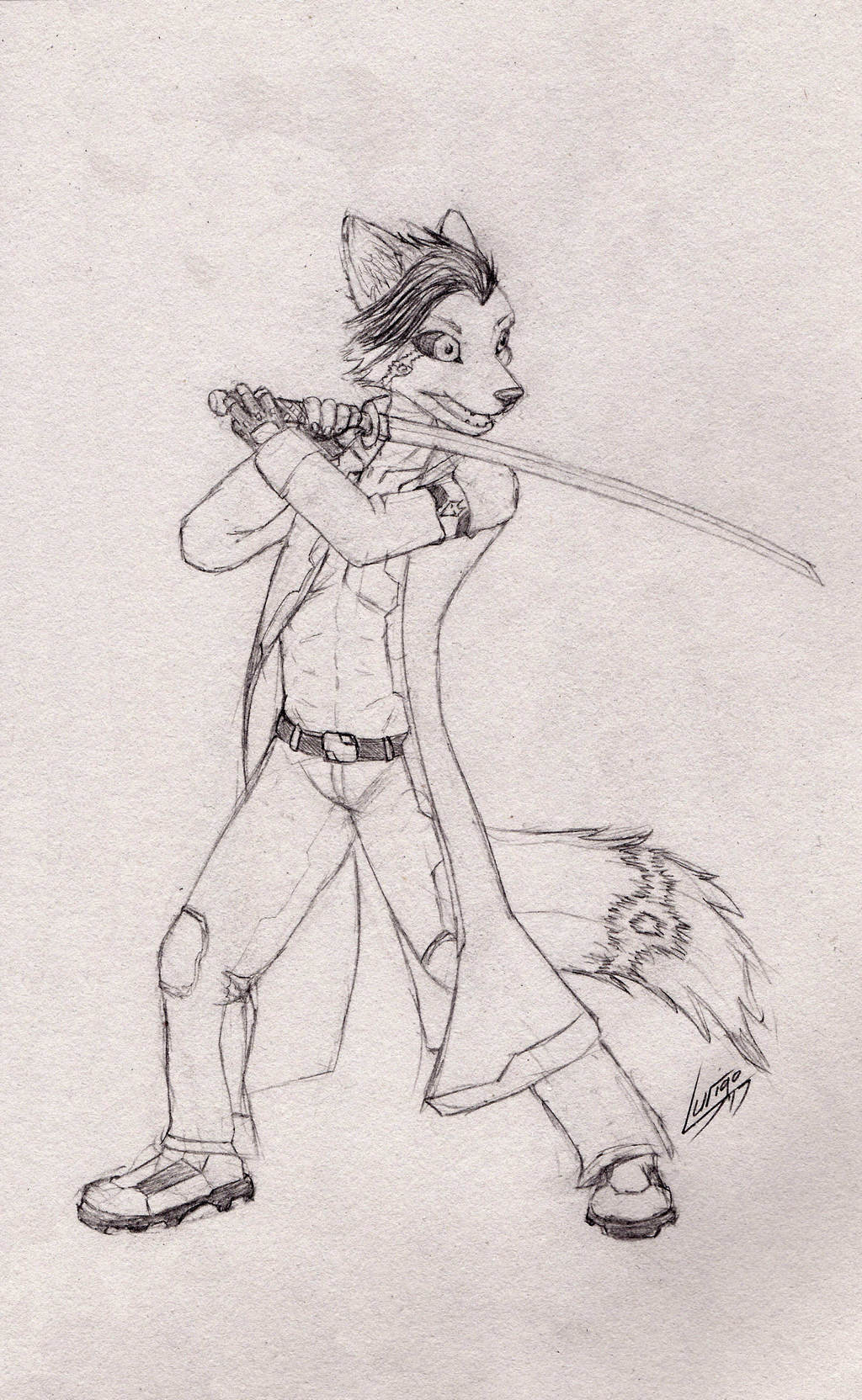 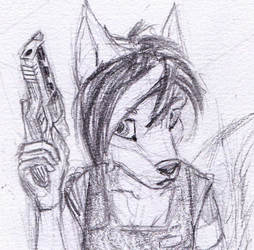 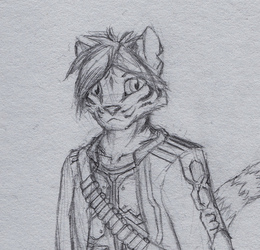 I felt like drawing Krone again, and got inspired by one of the images on QuickPoses.com (Really cool site, by the way)
I also decided to try drawing on an A4 page in one of my other sketchbooks again, as opposed to my usual A5 sketchbook. However, the paper's texture is kinda annoying and sometimes fragile, so it ends up being a little frustrating to draw on. Any eraser bits are also harder to remove without smudging the piece. Though, I don't like wasting sketchbooks, so I'll definitely fill it over time.

I plan on shading this piece fully in the near future, having not gotten to that stage due to running out of time for my pic-a-week challenge. (Which is at 29 weeks and still going!)