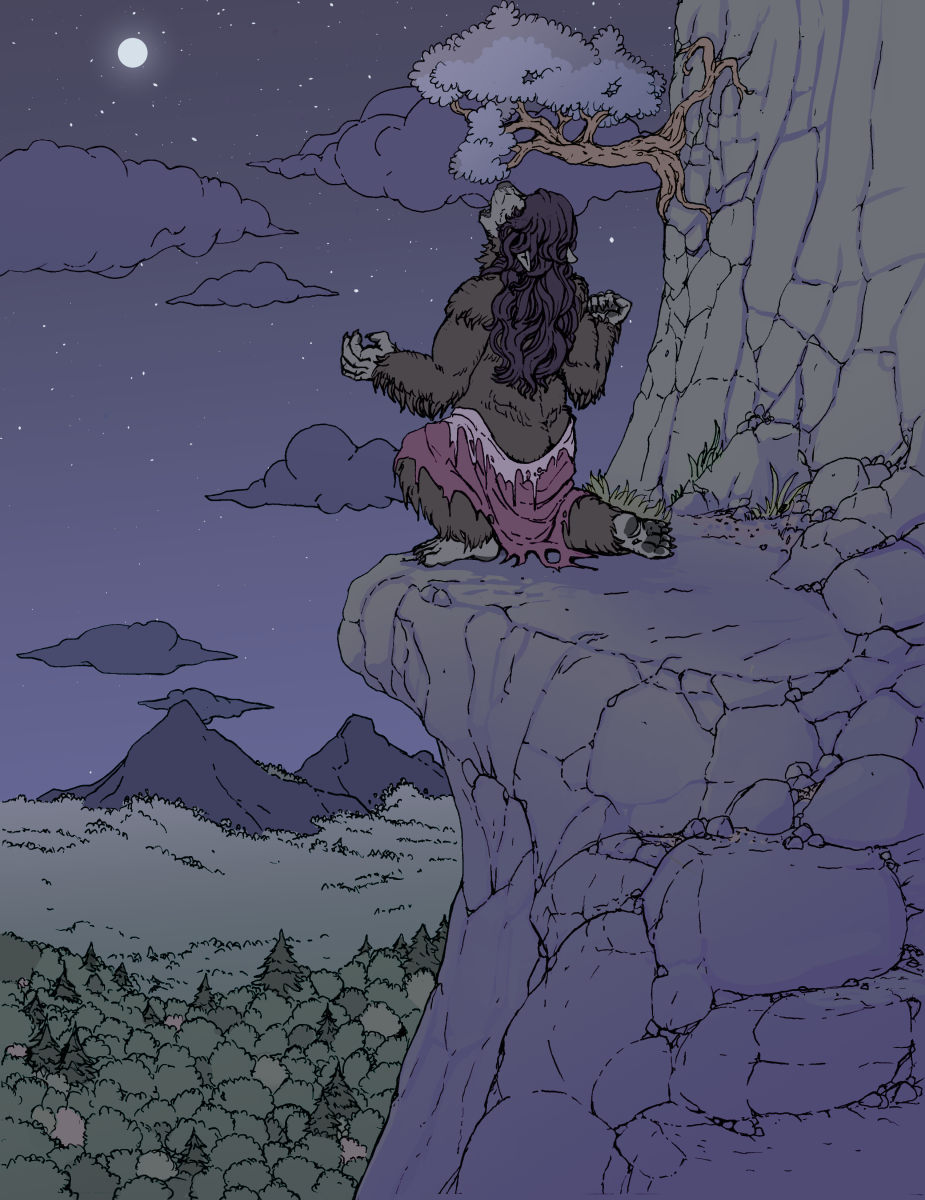 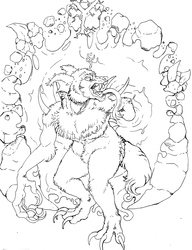 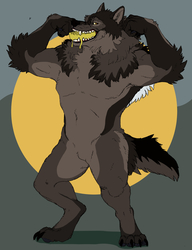 LudoCrow
A personal inked color piece of a female werewolf howling a prayer to the goddess Moon, previously posted for early access on July 7 on my Patreon( https://www.patreon.com/Fringecrow ).

This was a great experiment for me of creating a piece further zoomed away from the central character, especially in traditional inking where level of details has to be even more carefully taken into account due to the lack of zoom tool and a sometime strict minimum to how small or thins your lines can be with physical tool.

In this regard, taking inspiration from french comic book artists like Moebius proves helpful thanks to the similar constraints such artist(often working at least similarly partly traditionally) had to take into account when working in sometimes very small panels(many european comics can reach upward of 12-14 panels per pages, presenting challenges even in the traditionally larger page format of european comics compared to either american or asian comics).

It also allowed me to pay more attention to the background and the ability of creating a larger vista than might be possible in a picture with a much closer focus on the character, something I particularly wanted to experiment with in this image and another that is also coming this Tuesday.