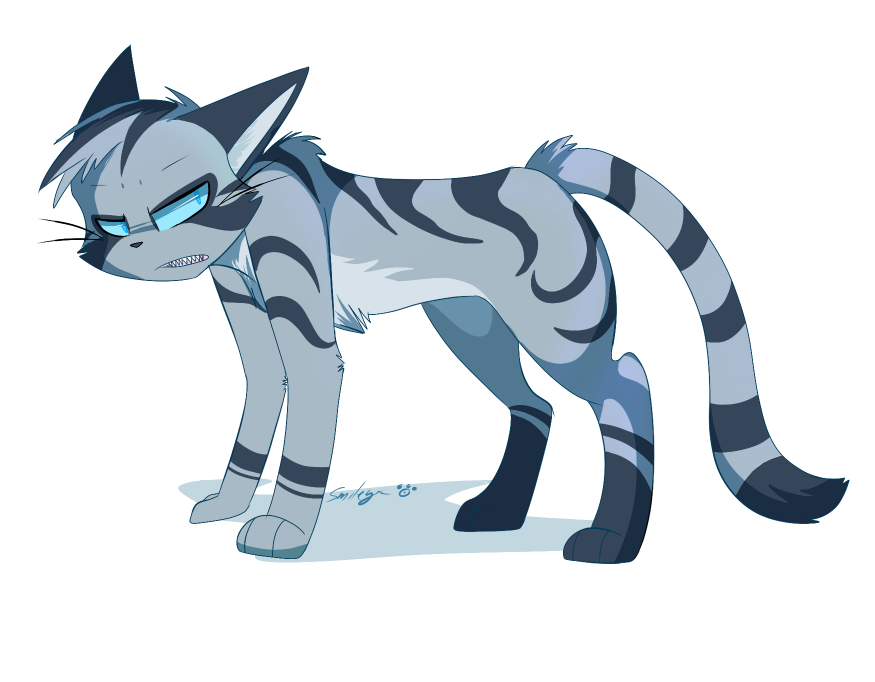 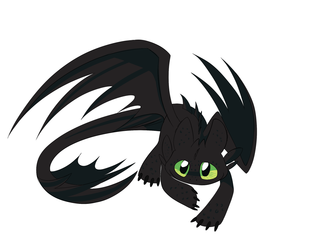 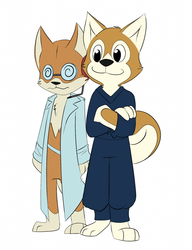 I know everyone's first thought is probably something along the lines of this totally not being what you see representing Jayfeather most of the time. At least it didn't look like it when I browsed all of............one time. XPXP But I am Smooleh and I do things how I want. XD I know he's a gray or silver tabby--can't remember which exactly with blue eyes. So I figure the rest is debatable. And I dunno he's such a grump =I This just seemed more fitting to me for some reason. Plus I thought it was cool and miss drawing feral style cats so insisted on having fun. That isn't anything more than a fur tuft on his head btw. It does kind of look like hair though because I tossed another stripe in it since it was so off balance.

ANYWAY. Another of my favorite characters--Jayfeather. Starting out I really really really didn't like Jayfeather. It's been a long time and I can't really remember when or how it came to be that I started liking him but I did and do. <-- much description. I'm sure it has at least a very little to do with him being a medicine cat. Cause I tended to like the medicine cats. I also love the gray tabbies and blue eyes are just--insta love. But yes his grumpy disposition is indeed something else. But he has redeeming qualities and I dunno, I just like him. XD Oddly. So there you have it. Jayfeather from the Warriors books.