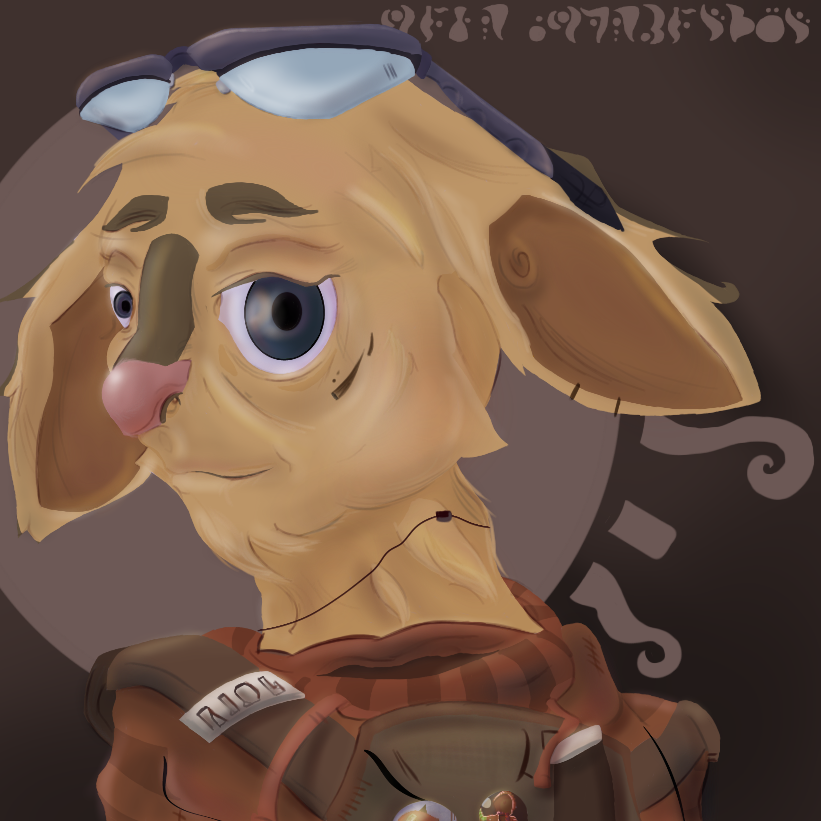 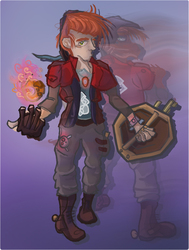 A much larger original sized version of my newly uploaded Avatar. To complete the overall design and digital trace/paint was roughly 4-5 hours using Sketchbook Pro V6. The character is a simple early design of a character I might choose to represent myself. It's very early and the reason behind some choices where a little rushed and didn't take a amount of research i would normally do to create anything. another keen feature of the avatar that doesn't clearly show up on it's smaller thumbnail brethren is a little passage or writing from one of a my all time favorite PS2 series, among weirdly similar version of Bently's glasses on top of the head. It's uploaded and I wish to further design and again upload, so in the future I would have a nice document of stages leading up to the final.