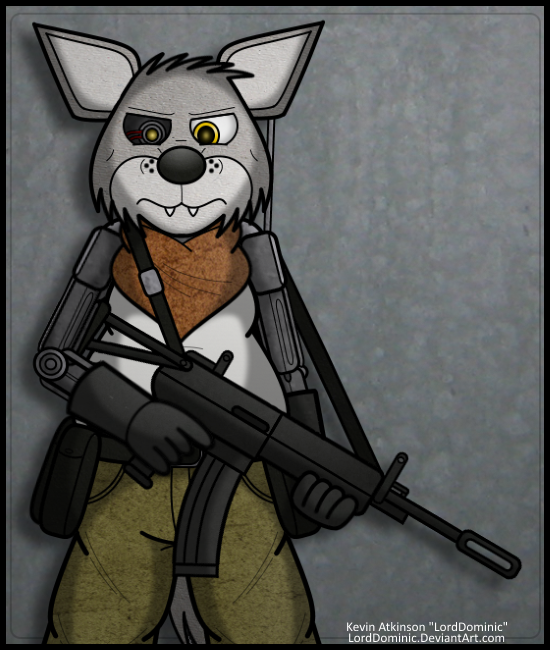 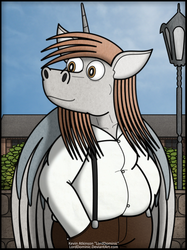 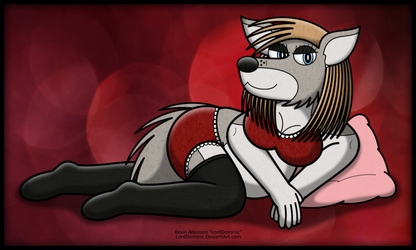 A battle droid that goes by the designation B4-7T0. Yes, that's leetspeak for "Balto".

The design could use a bit of tweaking/refinement but I'm still pretty happy with this one overall.

I often draw my more advanced battle droids such as Sable and Didelphis Alpha, and the animatronics commissioned by Possum County Entertainment, but I have yet to post any art of their common ancestor, the ShadowHyena Tactical Atlas Mk. I Battle Unit.

I'm sure some of the people reading this are thinking, where did this idea come from? As far-fetched as it may sound, back in the day I used to really like the idea of battle droids that looked like wolves. I have no surviving art of these original concepts, and as my skills improved a bit I moved away from twiggy designs like this and to more armored designs like Sable, but I've always considered these earlier units to be the predecessor. Additionally, their similarity to Wally Wolf and the other Possum County bots gave me the idea to have them also be the predecessor of the PC-100 line, since it makes sense to me that surplus/deweaponized/custom-built units would probably wind up being sold on the civilian market to generate some revenue. These "civilian" variants were generally constructed from lighter and less expensive materials and featured less armor and fewer sensor devices, but in the case of many of the earlier units, they were pretty much just surplus military models with some custom modification done. The PC-101 units (Wally Wolf and Garry Goat) and the PC-102 (Penny Possum) all make use of surplus military-grade hardware, with Penny in particular being pretty much a battle droid dressed as an entertainer.

My tendency to make these robots humanoid in proportion yet anthropomorphic in appearance probably also bears explanation. Having a humanoid structure means they can make use of existing equipment (weapons, armor, clothing, vehicles, etc.), while the animal structure helps to overcome the "uncanny valley" aspect just enough for organic soldiers to be willing to work alongside them. Also, the elongated snout is a great place to store additional sensors to increase their combat effectiveness.

Meet B4-7T0. One of the oldest surviving units, still in service roughly 20 years after initial deployment. Over the years he's become a bit quirky, but he's still quite competent in combat.