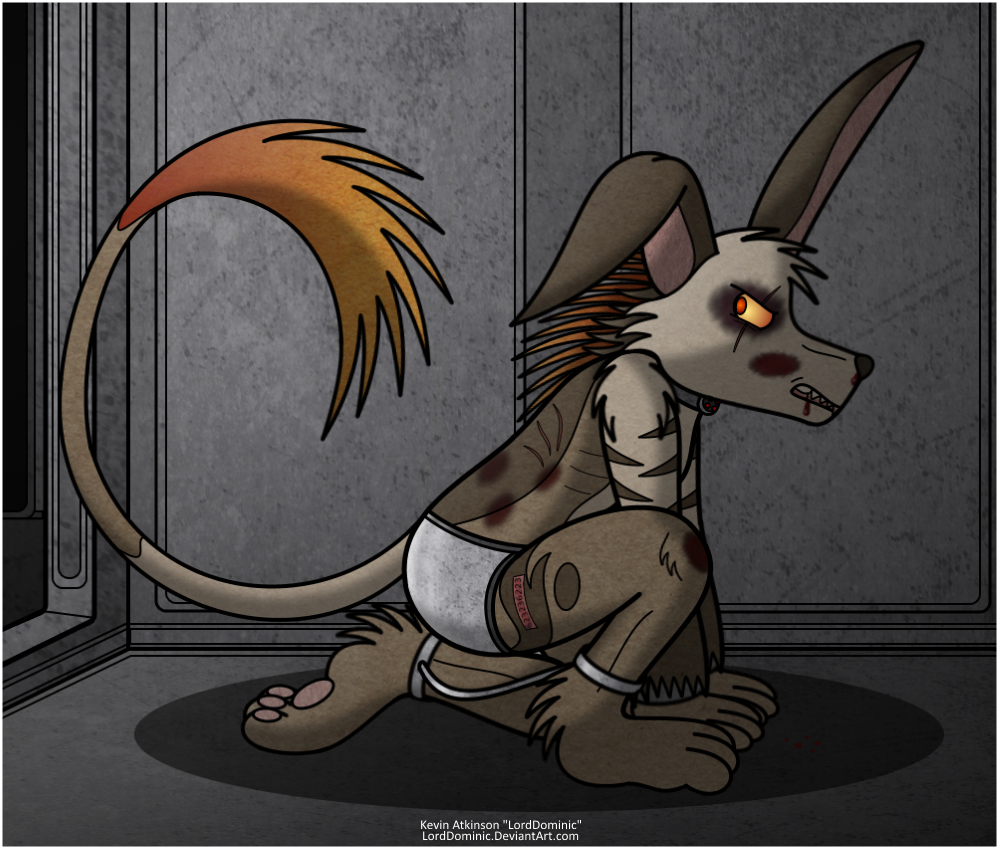 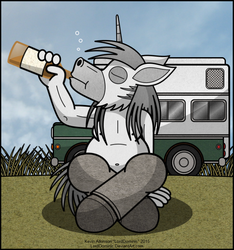 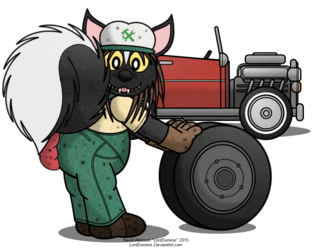 Introducing Rigel, another Cygnian Longtail. Since I had so much fun with 714-147-114 (Deneb) I thought I should add a friend for him, and this one kinda helps me tie up some loose ends with Deneb's story.

Since I explained a lot about him in the description of the original submission page back in 2015, I'll just copy and paste that...

World-Building and Character Stuff:
This is inmate #623-236-223 shortly after sentencing and processing... when he's done spitting up blood (and maybe a tooth or three) he'll tell you that his name is Rigel, and he's in for assault with a deadly weapon and attempted murder. He got a bit rough with the officers so they got rough back, and as it turns out, those guys don't mess around... he'll be sore from those scrapes and bruises for quite some time, and laying on that cold metal floor probably won't help matters any. Hopefully he'll comply with the officers to get his muzzle on securely this time to avoid any more savage beatings and abuse with the electrified prods.

His right thigh is still raw and red from getting his new identification number branded on-based on how Deneb came with a number on his thigh, I figured I'd keep that theme going here. I gave the process some more thought and depth as I was drawing, I can only really describe the process of adding the number as some sort of "laser branding". The branding device would laser off the hair follicles so the hair never grows back to cover up the number, and it would brand the number onto him in such a way that it would be all but impossible to have removed. A tracking chip would be implanted under his skin in that same area. This way, the prison can keep track of the prisoners with scanners and things that would read their number and data from their chips as they walk past scanners and enable guards to bring up their records and data by simply running a device over the "tattoo".

While Deneb immediately struck me as more "insane", like a thrill-seeking criminal that got a rush from committing crimes and scoring loot and whose mind was warped from being in and out of the system (and subjected to less-than-ethical punishments once the prison ship leaves jurisdictions prohibiting such things), this guy struck me as more cunning and malicious. He'd be the brains of the outfit, and the first one to start shooting. In my description for my first drawing of Deneb, I mentioned something about being framed for murder... and this guy is the one that did it. Being a related species with very similar features, he'd look a lot like Deneb while lurking in the shadows... but unlike Deneb, Rigel isn't stupid enough to use a gun without wearing gloves, especially when the gun he found already has someone else's prints and hair and DNA on it.

When he and Deneb meet, probably on this very prison ship, Rigel and Deneb will quickly become "friends", although it will be clear almost immediately that Deneb is easily manipulated and not too bright, making him an excellent lackey and potentially a future "fall guy". The fact that they're both members of the genus commonly referred to as simply "Longtails" gives them some common ground as well.
Much like Deneb and Aludra, he's named after a star. It just seems sort of fitting to give these aliens astronomy names.

Artistic Stuff:
I tried something different for the bruises/abrasions here, and I like how it looks.
I've been practicing drawing wounds a bit as well as trying to push my comfort zones just a bit when it comes to depicting characters in violent situations or as the victims of violence.