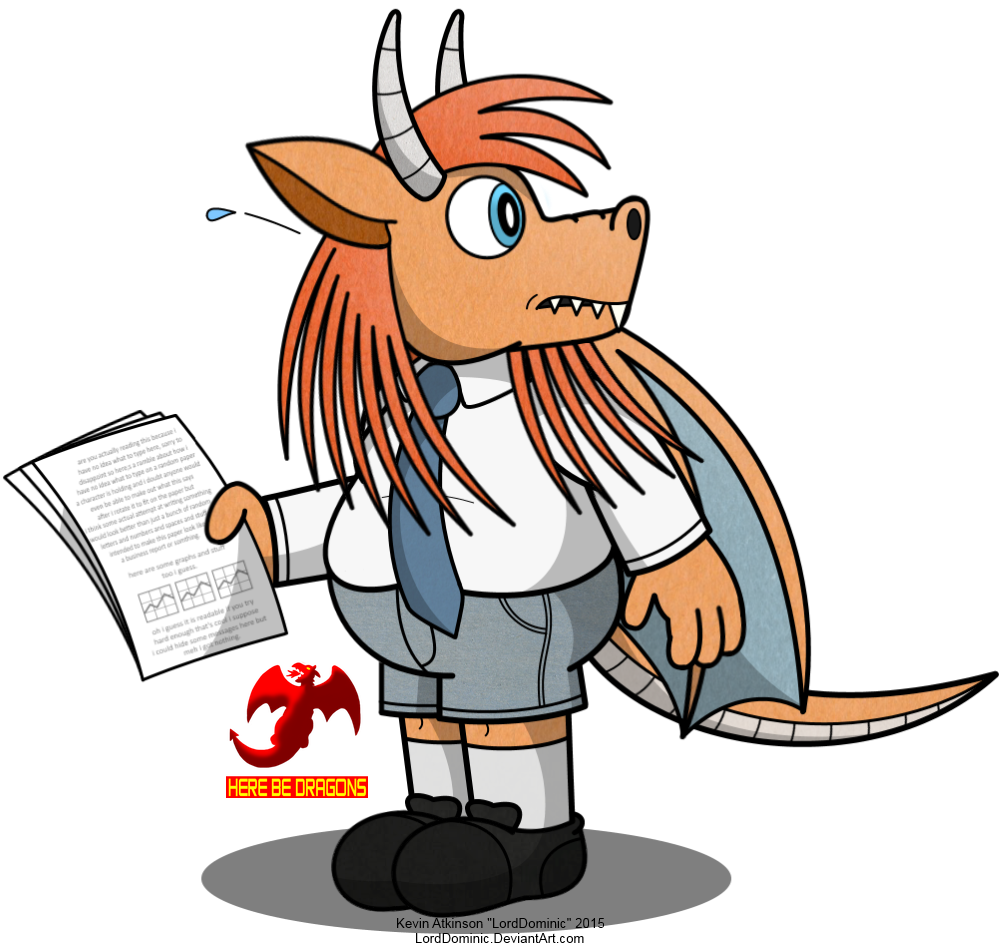 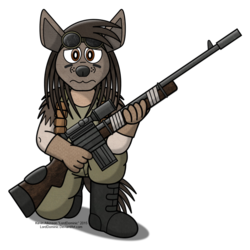 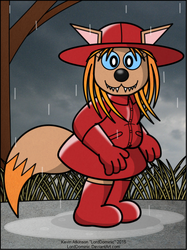 2015 art. Something I drew for an art jam on DA back in 2015, hence the logo in the lower left side.
Art jams are a weird thing for me, I love participating when friends do them, but I also have a habit of comedic missing of the point. Space heroes? Draw Cody fleeing from the villains. Surfing? Domingo falls off surfboard. Dragons? Well...

Meet Mordred, one of my lesser used characters, and one of my very few dragon (or even reptilian in general!) characters to boot.

With a name like "Mordred Stormwalker" and the knowledge he's a dragon, one might expect an ancient guardian of a vast treasure or some sort of powerful fighter. The stuff of myth, legend, and movies with massive production budgets and cutting-edge CGI and special effects.

The reality is a bit more disappointing. He's just some entry-level pencil-pusher/errand boy at some undefined office.