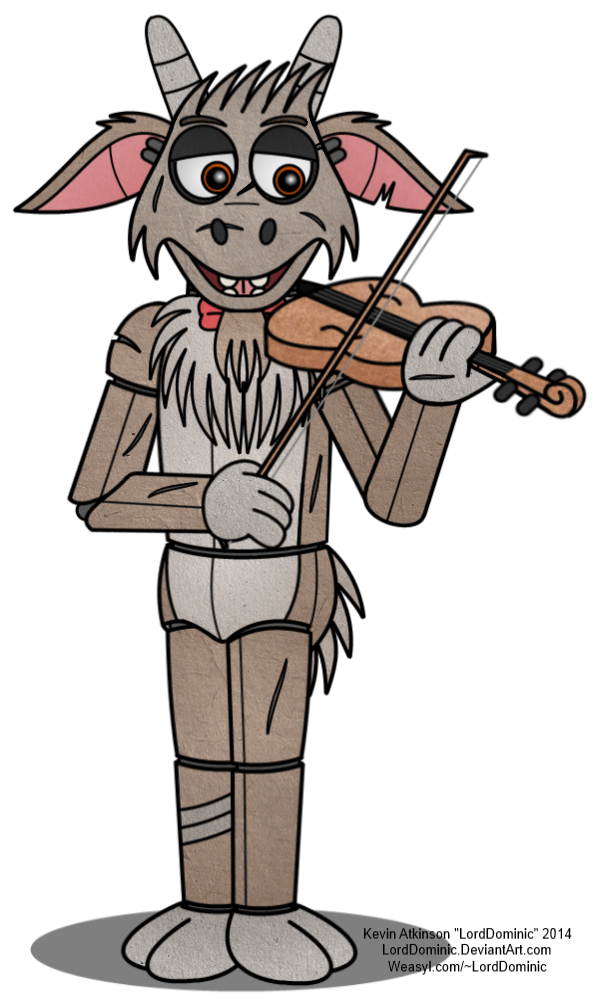 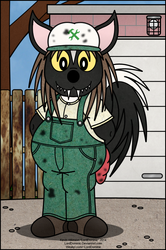 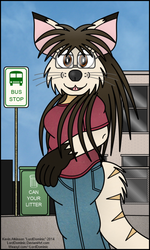 More Garry Goat, this time a full-body version. This was the first time I had ever attempted to draw a fiddle or violin, and probably the last!

While Wally is the jovial yet polite "leader" and Penny is the sweetheart singer, Garry is the "comedian" of the group, often butting into stories with silly one-liners or just making silly sounds and comments. He's more to amuse the young children that aren't quite mature enough to appreciate Wally telling a story or Penny singing a song on their own without some doofus blurting out something silly and making weird faces.

He's also probably the most "demonic" of the three-his instrument is the fiddle, and his aging and defective voice module sometimes malfunctions, causing him to speak slowly, or very rapidly and erratically, or jumble his speech entirely, or otherwise distort his voice into anything ranging from high-pitched screeching to booming and demonic. He also has a nasty habit of "swearing", or at least having his voice cut out at just the right time to turn an otherwise innocent word into something inappropriate for the youngsters.
Add this to an aging electronic system for his eyes and it's a recipe for a glowing-eyed demon-possessed goat that has terrified a few unfortunate church outings over the years.