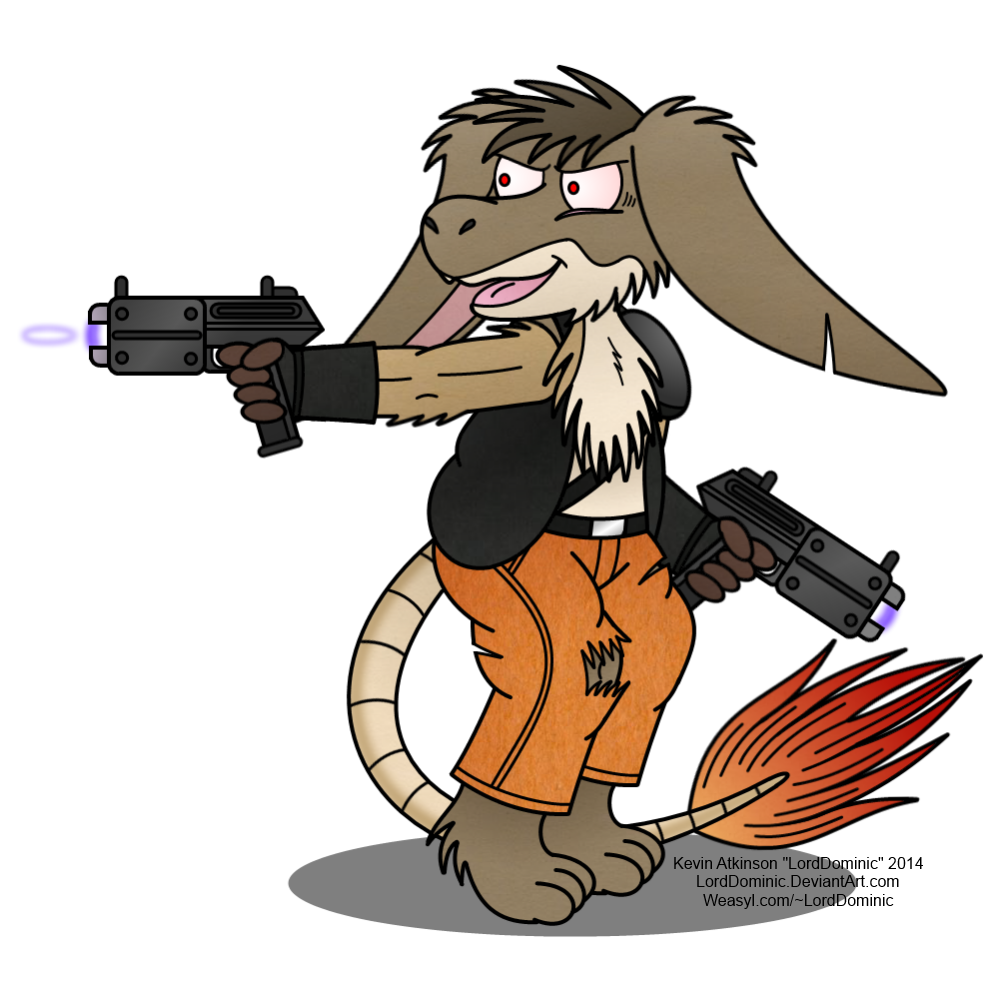 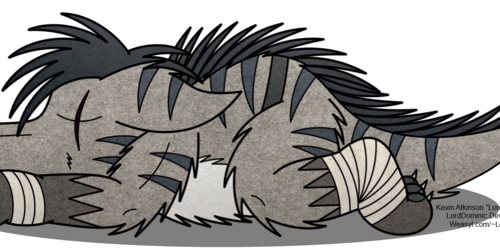 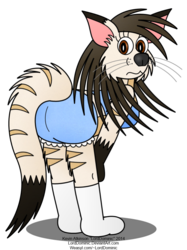 2014 art. Deneb armed with twin blaster pistols. This "visible energy bolt" aesthetic became a canon part of Cygnian (his race) energy weapons after this, since I liked the design quite a bit, and the design/thought process was outlined in the original description.

Convict #714-147-4114 pre-incarceration. When he made his latest escape from whatever corrections facility or mental ward he'd been sentenced to, he kept the pants, and they show a bit of wear from his escapades since. This is what happens when you don't strap him down or otherwise restrain him adequately.
The blasters he carries aren't particularly expensive or powerful models, but they are pretty standard for civilians and criminals alike and perfectly adequate for armed robberies.

I really like the blaster design I used here, I was trying to keep a familiar "gun" shape and make them look pretty run-of-the-mill, but at the same time make them look a bit less like standard firearms. These are meant to be a less advanced model, the sort that would be cheap and common and easy to get hold of. The energy projectors seem to accomplish this quite well, and that energy bolt between them remains on even when the weapon is not being fired so long as the safety is disengaged, hence why the idle blaster in his left hand is still "active". This is to keep the weapon warmed up and ready for use.