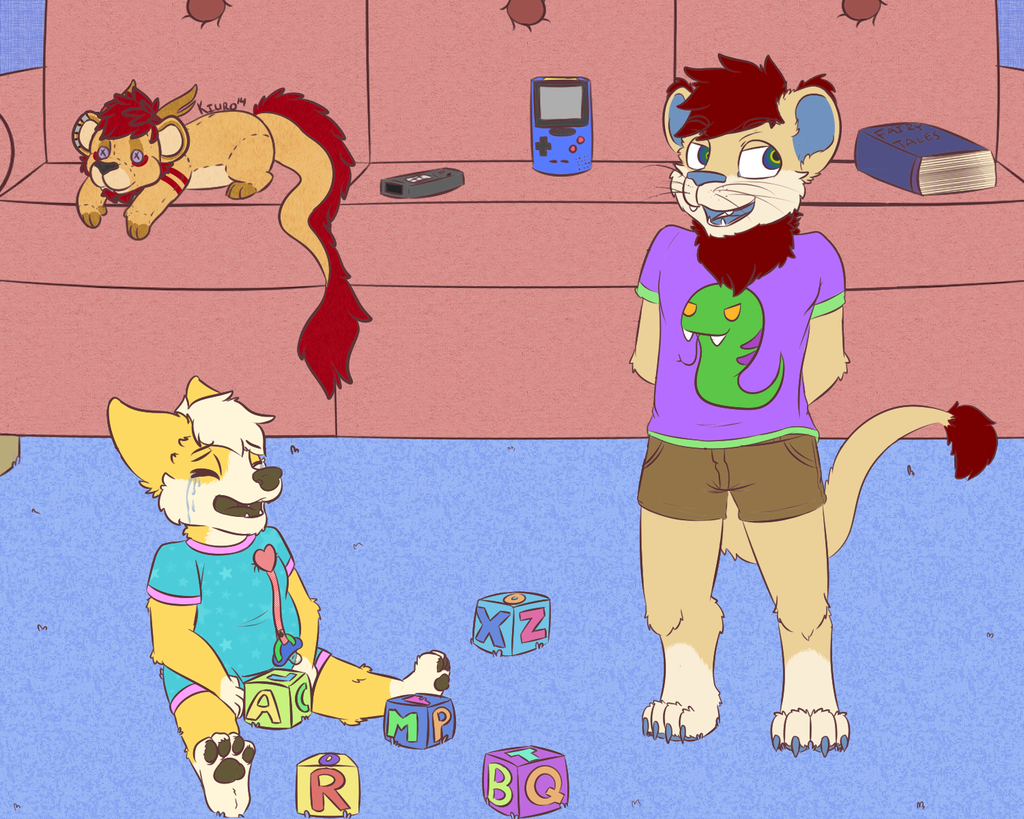 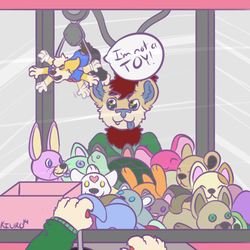 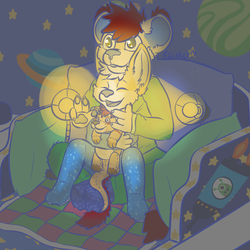 Lined and fixed up. :3
Is all nice and pretty now. O3O

“Uncle Muta, the baby is crying again!” Alex’s voice carried through the house, almost louder than the crying of the corgi himself, and it immediately grabbed the attention of Muta. The large cat calmly entered the living room, his well-worn white apron tied around his ample belly. “See?”

As the lion cub pointed to his wailing cousin, a faux-innocent look on his face, Muta raised an eyebrow, and scooped the corgi into his arms. Alex watched them, biting back snickers, which didn’t go unnoticed.

Teddy hiccuped, though quieted down, his sobbing reduced to sniffles as he rubbed at his eyes. “Meaaaaan!” Alex tensed up as Teddy spoke, not having thought of that possibility -after all, his cousin wasn’t known for being the most talkative of toddlers-.

Muta’s ears twitched and he glanced down at Alex. “Mean? Who’s mean, kiddo?” Teddy raised a paw and pointed at Alex. Oh, was he in trouble…

“Meeaan!” Teddy repeated himself, hiccuping once again, directing an angry look towards the lion. “Made it fall!”

Muta looked at the blocks scattered about the carpet, then at Alex, who was now slowly trying to scoot out of the living room, his ears and tail twitching nervously. “I uh— I don’t know what he’s talking about. I was playing pokemon.” Alex shrugged, silently pleading that his Uncle would believe him over Teddy.

“Right.” Not a chance. “I’m going change him and then finish dinner. You and I are going to have a little… chat, before you go to bed.”

Alex gulped, nodding as he watched Muta walked back out of the room, with Teddy in his arms. As soon as Muta was out of sight, Alex plopped down onto the sofa, burying his face in Teddy’s stuffed animal that was lying there, groaning aloud.