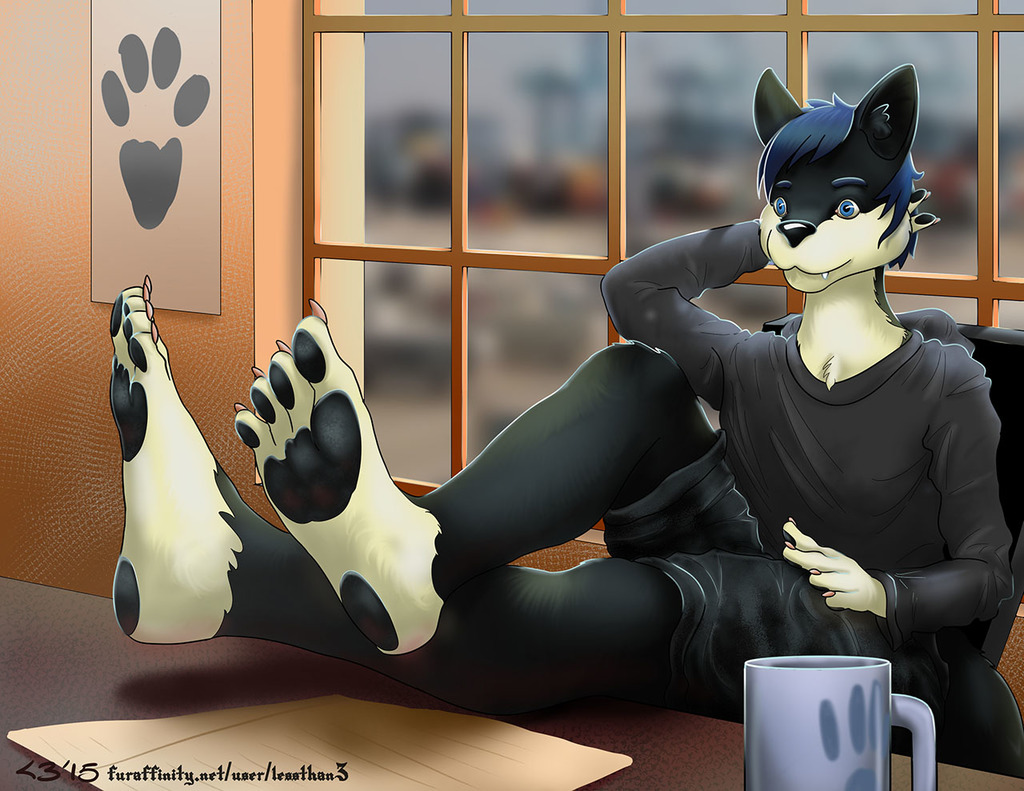 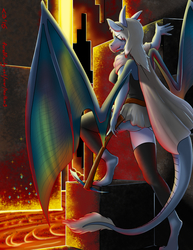 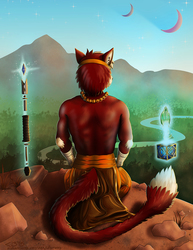 Sorry for the hiatus! I have had a hell of a couple months. My dad broke his hip - he's over 70 so it was serious - and when he got out of rehab he broke his OTHER hip. And then Mao's grandmother died and... now the holidays. All at once. Anyway, I finally finished another IA piece!

This is Darious096's character Flare. He wanted paws, so I put him in the office of paws. Not sure about the clothing or the background or the forced perspective but I did try to push my normal boundaries when it came to perspective, so it was progress of a sort.

Thanks for being so patient with me!