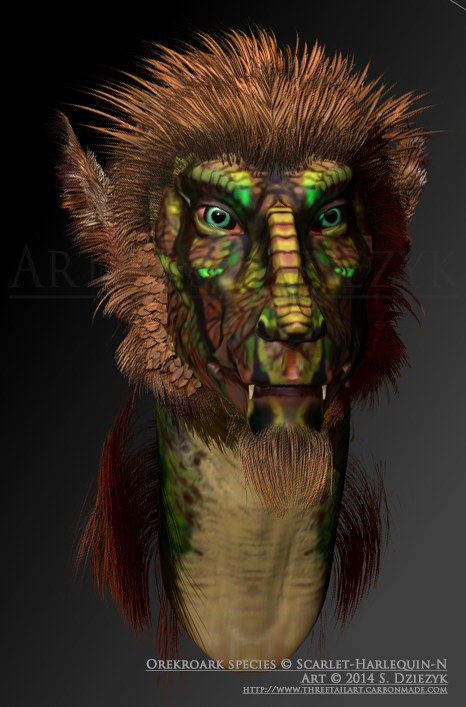 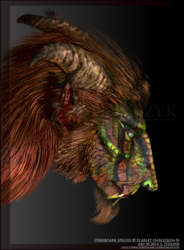 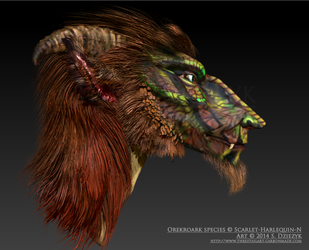 Here's a more easy to read view of this critter.

Finally, it is finished!! This is my half of a trade with the talented Scarlet-Harlequin-N on DeviantART, of a species that they have created, a male Orekroark, and a jungle subspecies at that. The long, hair-like feathers were what kept me from finishing this earlier, but creating them turned out to not be as hard as I had been planning it to be! Fibermesh in ZBrush is useful for these sorts of plumes.

The patterning is an imagined abstraction, but has some vague resemblance to the markings seen on the Colugo, a Malayan gliding mammal that almost resembles a flying squirrel, but with outstanding fur markings. Referrals to butterfly wings has also been cited by viewers in the livestream I broadcasted while finishing this dapper gentleman.

Thanks so much for the trade, Scarlet - this really was a grand challenge!