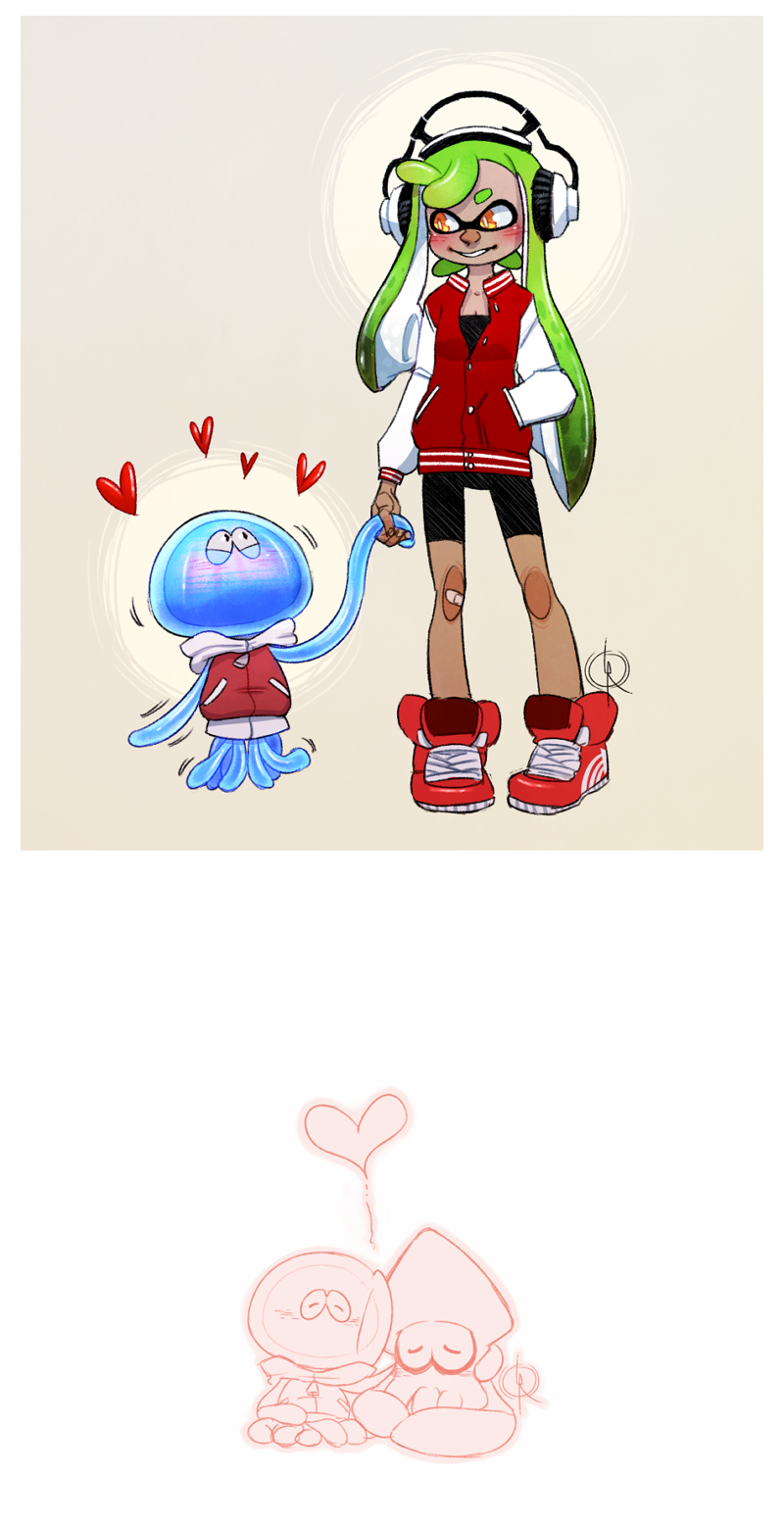 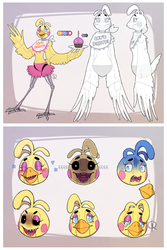 The girl is Lula, and the happy, little dude is JJ and yup, they're a couple.

Lula has a gimpy tentacle that never really grew out, and its small size is noticeable even in squid form. Because of this, she isn’t as fast as most inklings when moving through ink. The only time it changes to full size is when she uses the kraken, afterwards it reverts back. Her favourite weapon to main is the Splash-o-matic.

JJ doesn’t say much, since he can’t fully speak squid, but he and Lula can communicate just fine regardless. (he’s trying to learn though!) He spends most of his time spectating Lula’s matches, cheering her on as best he can, and offering emotional support when she loses a match. Sadly, she has more losses than wins haha. He secretly wishes he could participate in matches alongside her.