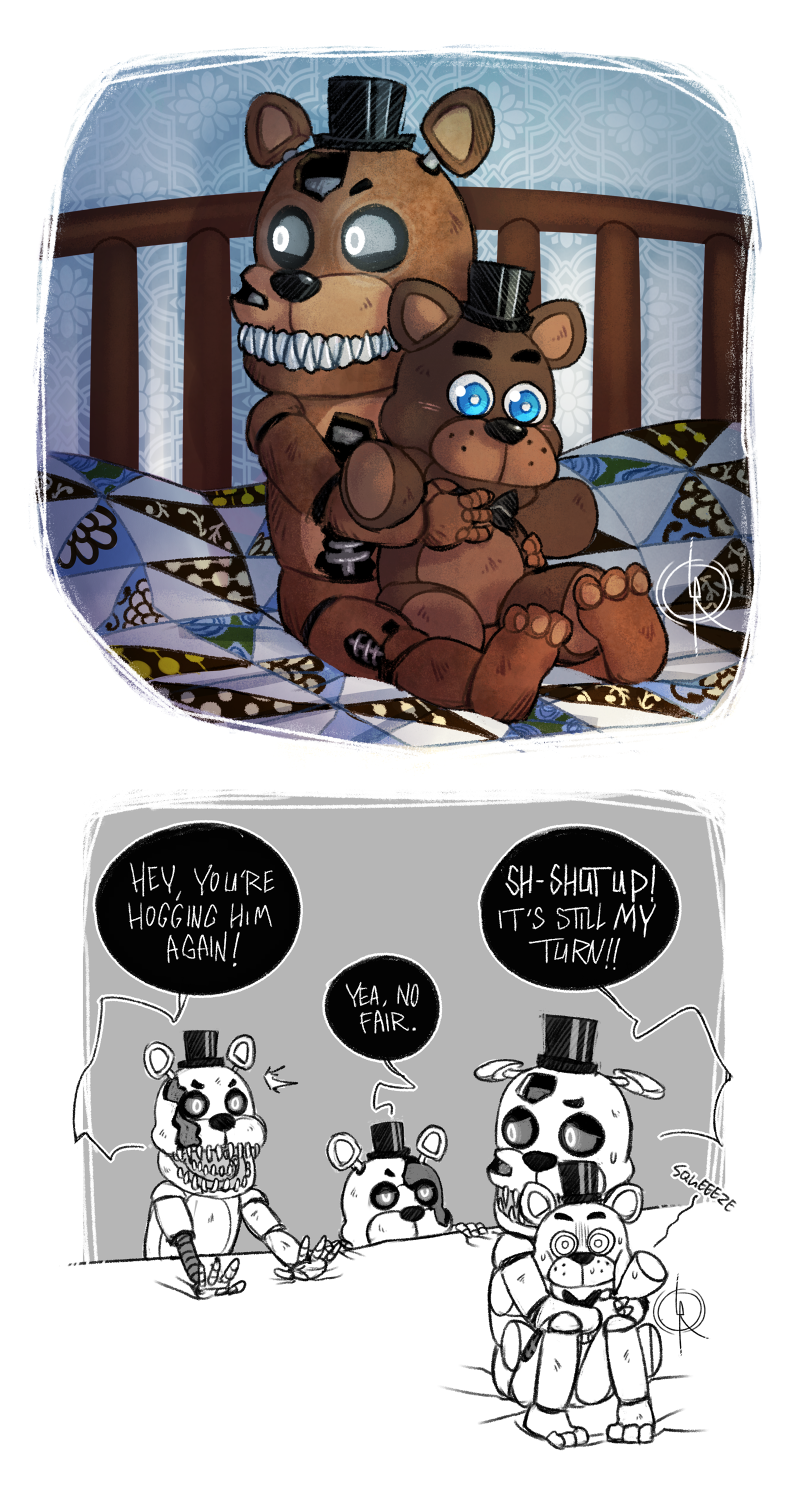 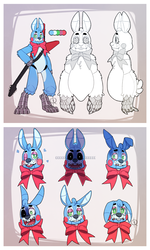 Been thinking about the fnaf4 trailer a lot since it dropped, but especially the Fredlins (as i call 'em) and that Freddy plush on the protag’s bed.

I imagine the fredlins fighting over this doll and taking turns carrying it around (or possibly hogging it lmao) Maybe they would even see it as a 4th little bro! Sadly, these little guys don't always share and share alike haha.