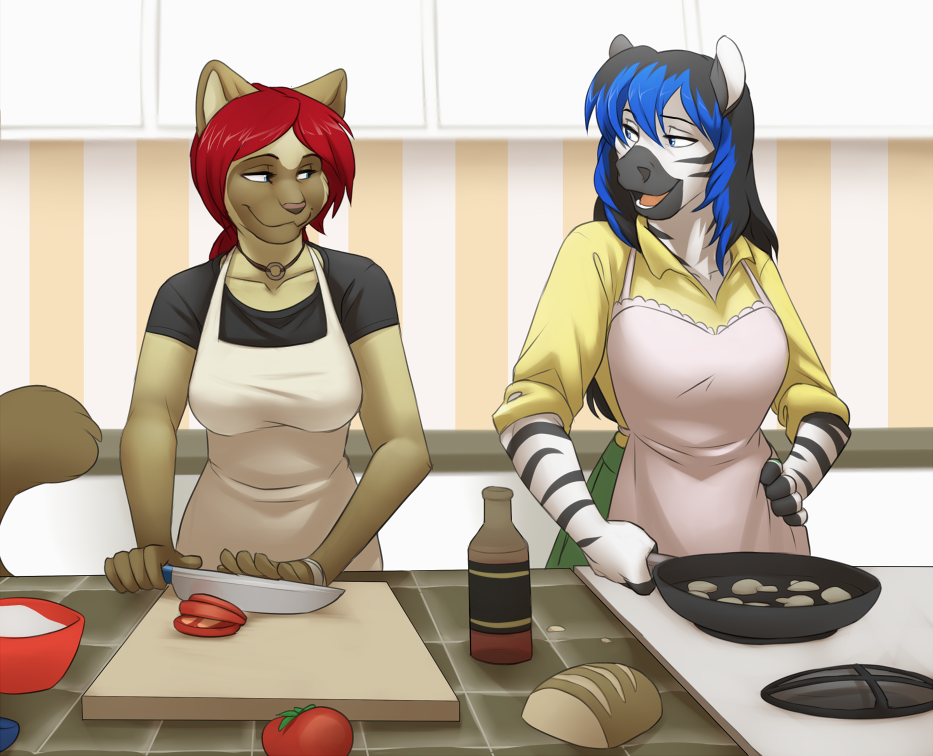 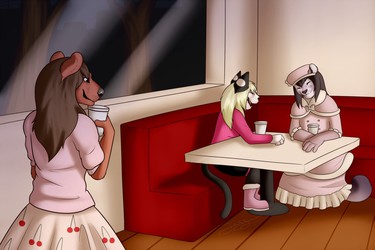 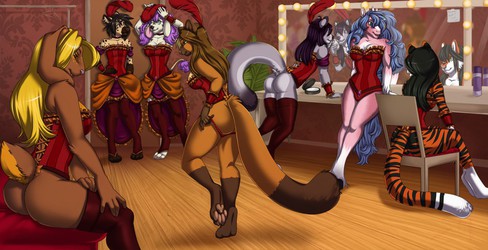 "Now the thing is, you have to be aware of everything that's going on while you're cooking. You can't let the onions burn while you're doing other things. Now slice up those tomatoes and then we can peel the shrimp."

Lauren gives Topaz a cooking lesson, being her teacher in more than just one way.

Since I have a three ring binder that is rapidly filling with recipes, I decided I needed to furrify my recipes, so this image will become the official cover. I thought about doing it for a while, but it just so happened that Jailbird became free for an old commission I'd sent her a long time back, but I don't even remember the original idea, so I said let's do this instead. It came out perfectly.