Turnabout Is Fair Play by LaurenRivers 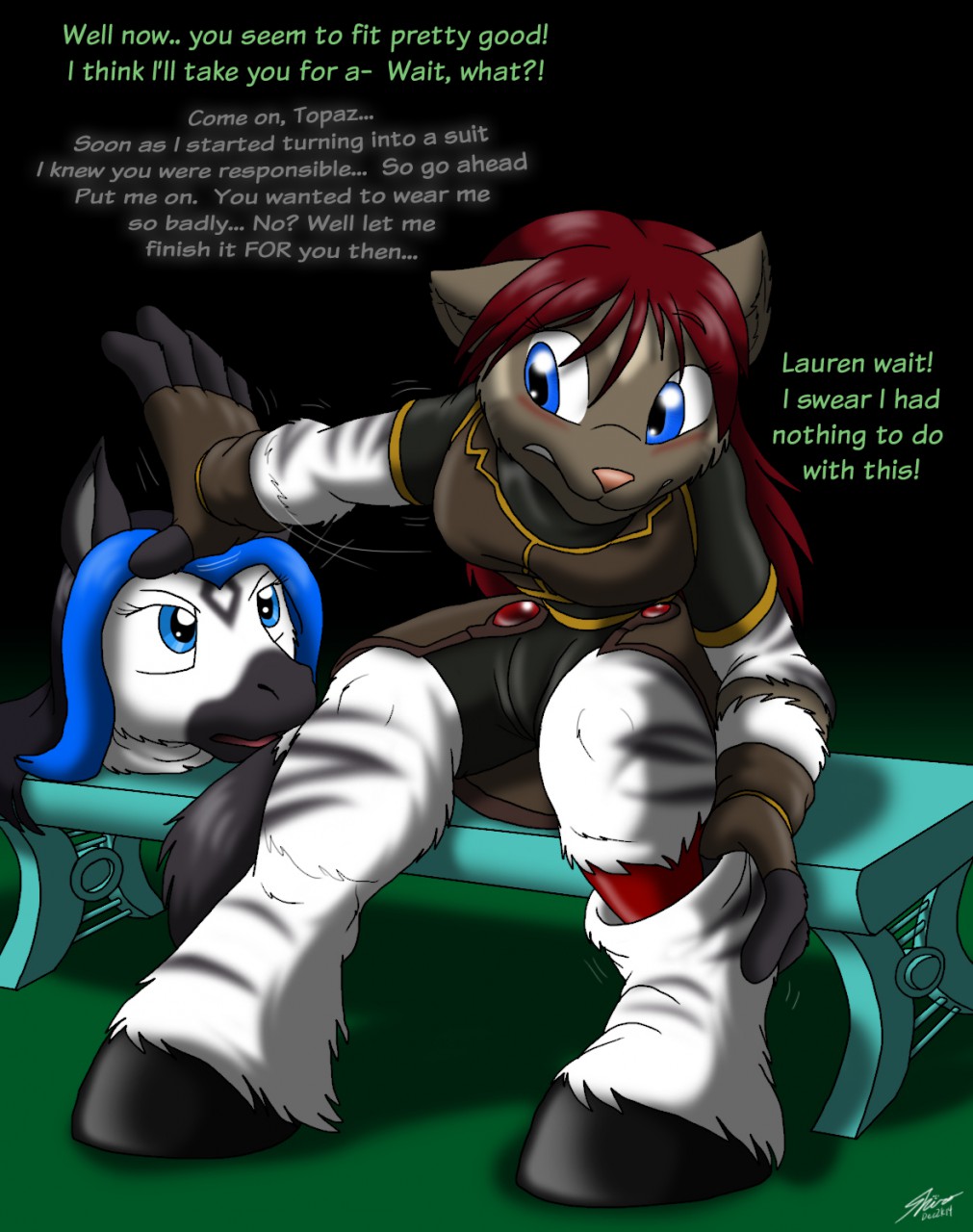 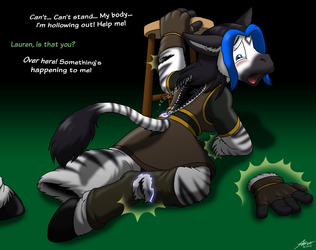 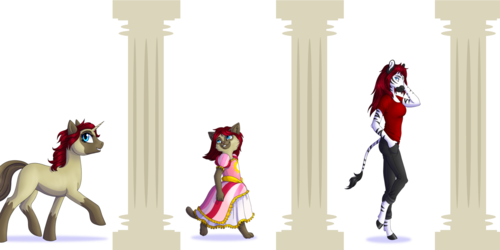 Helpless and immobile on the ground, Lauren was now a fursuit. She could still feel herself but not do anything without a skeleton to provide support and muscles to move. She was aware and could blink her eyes, but she waited silently as she heard someone approach. The footfalls were soft and padded, so it was not a hooved individual.

Lauren felt hands pick up her hooves and her hands, and then set them nearby. She could not see who it was as her head was turned in the opposite direction, but she could feel the movement start and then stop.

Next her body was lifted up as someone slipped their legs into hers. The sensation was unusual to say the least, and she had to resist the urge to try to do something. She patiently waited as the figure zipped up her back, and she was certain to remain limp while they slipped on her right hoof.

First the wearer applied one glove, and then the other, and finally slipped her foot into the other hoof. Just as she was about to pull it up, she set the head on the bench, and Lauren saw who her wearer was. It was Topaz, her student.

Lauren finally grinned. "Come on, Topaz. Soon as I started turning into a suit I knew you were responsible... So go ahead. Put me on. You wanted to wear me so badly... No? Well, let me finish it FOR you then."

Topaz gave her a worried look. "Lauren, wait! I swear I had nothing to do with this!"

Lauren ignored her as she used her hands to slip on the head, muffling her cries. As long as she was a suit, she would use Topaz's own muscles and bones as her own until she started to return to normal. A fitting punishment for her young pupil.