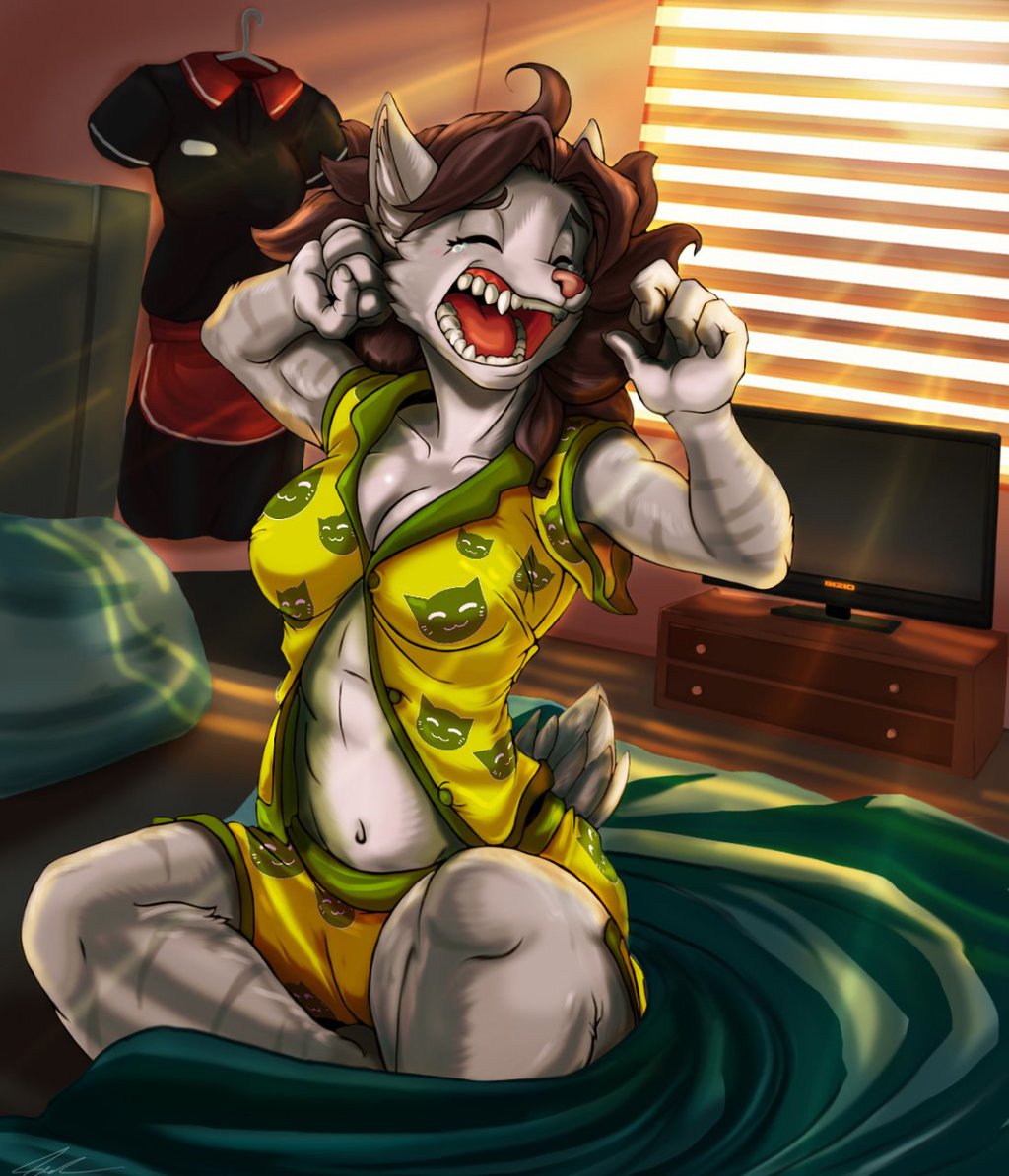 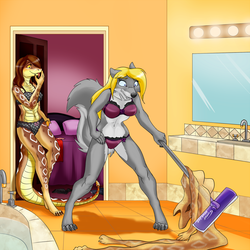 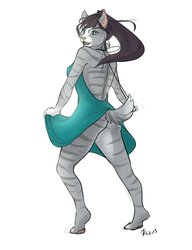 After far too short of a rest, the morning sunlight shone through her window. She was both grateful and annoyed to the sun for waking her up before her shifts at the diner, but she disliked it for disturbing her rest. On the days she didn't work she made sure to close the blinds to get a good night's rest, but not today.

She had an early shift at the diner, and she had to get into the shower and brush her teeth before it was time to get to work. She could catch the bus as long as she didn't put her head back down on the pillow.

Her hair was an absolute mess, having slept on it funny last night. It'd take ten minutes just to brush out the tangles, but she couldn't show up with messy hair. Shower first. That'll make it easier.

She was sure Davis would show up for his cup of morning coffee, and they could have a short visit. Her boss didn't like most of his staff to socialize on the job, but they'd made a little arrangement where when Davis came in and ordered a coffee, for five minutes she could take a break and talk to him. The thought of that motivated her feet off of the bed and onto the carpet.

Time to face the day.